22) No Distance Left to Run 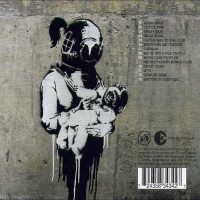 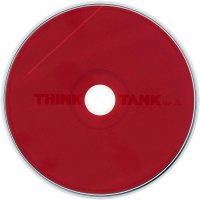 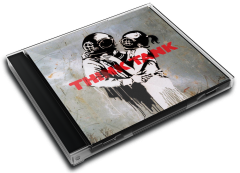 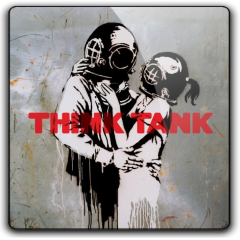 Think Tank is the seventh studio album by the English alternative rock band Blur. It was released on 5 May 2003 in the United Kingdom via Virgin Records. It was their highest charting album in the United States. The album cover was stenciled by the graffiti artist Banksy. The album's cover art sold at auction in 2007 for £75,000. NME ranked the album number 20 on its Top 100 Greatest Albums of the Decade list.

User Album Review
With GrahamCoxon at the helm Blur rode the wave of Britpop and then successfully navigated through the stormy post Britpop backlash. With Blur and 13 they made great records that made them hip in America, whilst keeping their home fans happy. Then Coxon's protracted and surprising departure left the band all at sea.
So, are Albarn, James and Rowntree able to cope without their co-writer? Without the man who frequently led the initiative in producing the sounds that made them one of the most exciting, groundbreaking bands around?
Things start promisingly. "Ambulance" has a coolbassline and eerie gospel sounds that accompany Damon's defiant chorus "I ain't got nothing to be scared of".
Next up is recent single "Out Of Time". It's a perfect pop song and the band struggle to better it. You only have to listen to "Out Of Time" a couple of times for it to become embedded in your brain; the dreamy vocals and gentle African drum beat soothe and calm your mind.
The album was partly recorded in Morocco and you might be forgiven for believing that it might become another one of Albarn's Malian Gorilla side projects. The North African country is an influence; "On The Way To The Club" brings forth images of walking through a Marrakesh market under a starry sky...
Thankfully Think Tank does still sound like a Blur album, but it is, in the main, a record oddly devoid of guitars. In their place are keyboards and dance beats (of the chilled out, dub variety). There's no pumping house track here. All the fuss around Norman Cook, (dubbed"Big Mouth Slim" by the departingCoxon), taking over production duties seems foolish when you consider he only got his mits on two tracks ("Crazy Beat" & "Gene By Gene").
Album highlights are "Caravan" and "Sweet Song", two mellifluous songs that overflow with moving beauty, reminding me of "This Is A Low". But it's not all ballads; there are a couple of louder, brash songs in "Crazy Beat" and the one minute punk song: "We've Got A File On You". In fact Think Tank is a mishmash of ideas that somehow does remain cohesive.
Don't buy this if you're expecting the Blur of old. The past has been blurred, welcome to the future.