03) All That Heaven Will Allow 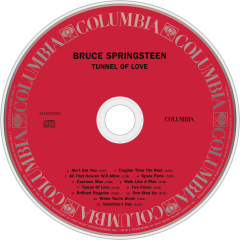 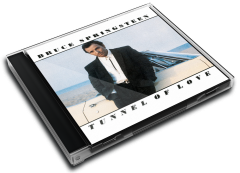 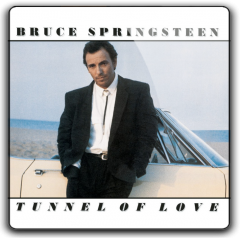 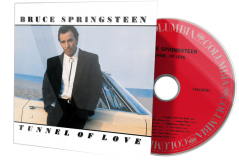 Tunnel of Love is the eighth studio album by Bruce Springsteen released in 1987.
In 1998, Q magazine readers voted Tunnel of Love the 91st greatest album of all time.
In 1989, the album was ranked #25 on Rolling Stone magazine's list of the "100 greatest albums of the 1980s". In 2003, the same magazine ranked it at number 475 on their list of the 500 greatest albums of all time.
The album, the last of Springsteen's work that was created in the Side 1/2 format of an LP, is one of Springsteen's least performed set of songs. The New York Times' Jon Pareles wrote that Tunnel of Love "turned inward, pondering love gone wrong. His first marriage, to the actress Julianne Phillips fell apart; he also decided to part ways with the E Street Band." "Brilliant Disguise" has been called "a heart wrenching song about never being really able to know someone," and "a song about the doubts and struggles of married life."
Members of the E Street Band were used sparingly on the album; Springsteen recorded most of the parts himself, often with drum machines and synthesizers. Although the album's liner notes list the E Street Band members under that name, Shore Fire Media, Springsteen's public relations firm, does not count it as an E Street Band album and The Rising was advertised as "his first studio album with the E Street Band since 'Born in the USA'".
On the B-sides of vinyl and cassette singles, outtakes like "Lucky Man", "Two for the Road" and a vintage 1979 track, "Roulette" were included. On the mini-album that accompanied the 1988 tour, Springsteen included album cut "Tougher Than The Rest", but included another River outtake, "Be True" a rearranged, acoustic "Born To Run", and the Bob Dylan cover, "Chimes of Freedom".
Commercially the album went triple platinum in the US, with "Brilliant Disguise" being one of his biggest hit singles, peaking at #5 on the Billboard Hot 100, "Tunnel of Love" also making the Top 10, reaching #9, and "One Step Up" just falling short.
The 1988 Springsteen and E Street Band Tunnel of Love Express tour would showcase the album's songs, sometimes in arrangements courtesy of The Miami Horns.[citation needed]