The Evening Watch and Other Choral Musi (1989)

Holst Singers is one of Britain’s foremost choirs, described by the BBC as “a leading chorus on the international stage”. With the support of their President, James Bowman, and Music Director, Stephen Layton, the choir has developed its interest in exploring new and neglected works as well as core choral repertoire.

In concert the choir is renowned for dramatic and engaging performances, described by The Times as “interactive concert-going at its most revelatory”.

CD releases include Britten’s A Ceremony of Carols & Saint Nicholas with Allan Clayton, City of London Sinfonia, and the choir of Trinity College, Cambridge; and ‘Ikon II’, the sequel to ‘Ikon’, a disc that immediately became a cult classic and a best-seller. ‘Ikon II’ brought together a selection of Russian choral masterpieces in a disc which was described on BBC Radio 3 Record Review as “impeccable… so, so well-conceived” – and Jeremy Summerly, the guest-reviewer, commented on the choir’s “phenomenal sound”.

Other notable recordings include Veljo Tormis (Hyperion); The Tavener Collection (Decca) – which followed the critically acclaimed performances of which The Times commented “I don’t think I shall hear singing this year more thrilling”; Schnittke’s Choir Concerto (Hyperion); Ikon – including music by Pärt, Sviridov, Gorecki and Tchaikovsky; Grechaninov’s Vespers; and Over Hill, Over Dale – Vaughan Williams’ settings of Shakespeare songs and English folk songs (all Hyperion).

The touring highlight of the last five years has to be the recreation, in Trondeim’s Nidaros Cathedral, of John Tavener’s The Veil of the Temple. Concerts on home ground in the same period have encompassed programmes from Eastern Europe and Russia, Frank Martin’s mass for double choir, a celebration of Palestrina, Victoria, Allegri and Lobo, a dramatic pairing of Byrd and Bruckner, definitive accounts of Handel oratorios, sell-out performances of Rachmaninoff’s All-night vigil (‘Vespers’) – and of course choral works by Holst himself (most recently the Nunc Dimittis, The Evening Watch and the selection of Choral Hymns from the Rig Veda. 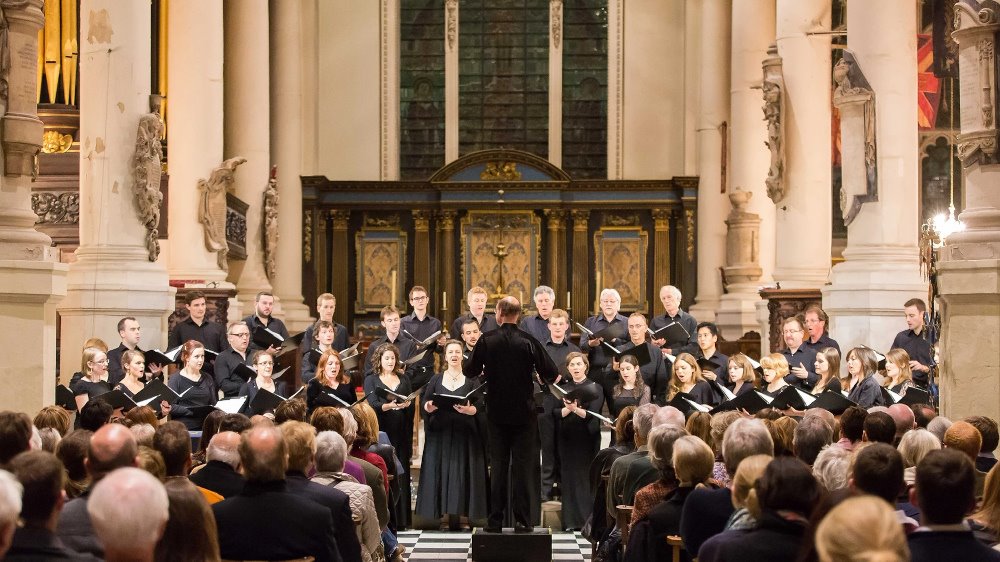