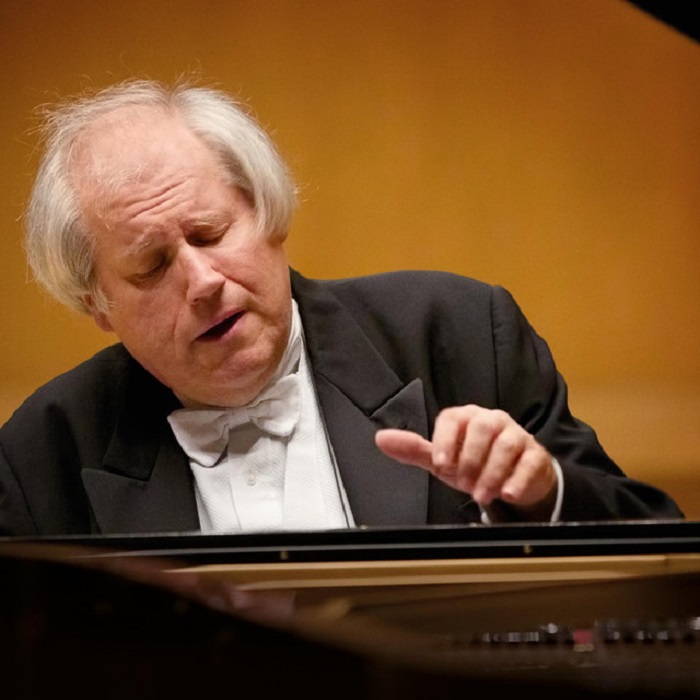 Biography
He began studying the piano at the age of five, attracting the attention of the Russian musical world for his extraordinary and precocious gifts. At the age of seven he was admitted to the Leningrad Conservatory in the class of Leah Zelikhman, with whom he worked for eleven years. He gave his first concert at the age of twelve.

In 1966, just sixteen years old, Grigory Sokolov established himself in the musical world as one of the most interesting and promising talents of his generation by winning the First Prize of the International Tchaikovsky Competition unanimously by the jury, chaired that year by Emil Gilels. He then became a pupil of Moiseï Khaifin and began a brilliant international career, especially in the United States. From 1975 he taught at the Leningrad Conservatory.

He is very much appreciated by a very large part of the public and the world critics who praise the depth of his musical approach, the breadth of his repertoire (from Byrd to Schoenberg), the seriousness and the originality of his musical intentions as well. than precision in its achievements. However, his interpretations sometimes taking great liberties with the score, a minority criticizes him (sources?). He is regularly invited to the most important concert halls in Europe, the United States and Japan. He has performed in London, Paris, Vienna, Berlin, Amsterdam, Munich, New York.

He has collaborated with the most prestigious orchestras, such as the New York Philharmonic, London, Munich, and with more than 200 conductors such as Chung Myung-whun, Neeme Järvi, Herbert Blomstedt, Sakari Oramo, Valeri Guerguiev, Trevor Pinnock. However, since the early 2010s, he has only given solo recitals.

“The man is above all an intellectual: at the age of twenty-two, he was recording The Art of the Fugue by J.S. Bach, but he also knows how to dismantle and reassemble a piano; he scrupulously notes the list of all his concerts, the brand and the number of the piano on which he has played. Among his passions: wine, painting and literature. "

Recordings
Sokolov carries out with the Melodiya label, and more recently with Opus 111, recordings of his concerts which are constantly praised by critics. Thus were born historical recordings of pieces by Bach, Beethoven, Chopin, Schubert, Brahms, Rachmaninoff, Prokofiev. Regarding his recording of Bach's The Art of the Fugue on Opus 111 (made between 1978 and 1981), critic Bill Newman describes Sokolov's performance as "inhabited by boldness, clarity and rhythmic brilliance (...) that of a fabulous pianist ”. His version of Beethoven's Diabelli Variations (on Opus 111) is also critically acclaimed.

After a few years where he refused to release any recording of his concerts, he signed a new exclusive contract with Deutsche Grammophon: the first recording under this new label was that of his 2008 recital at the Salzburg Festival. 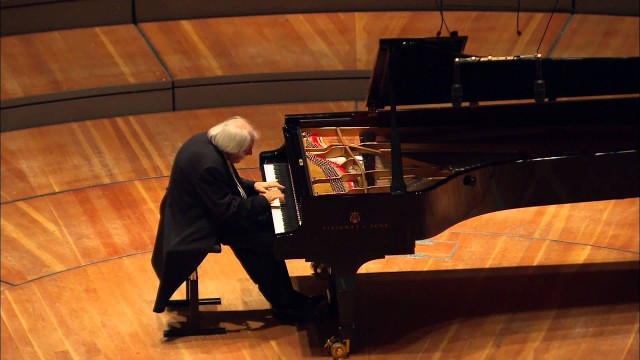