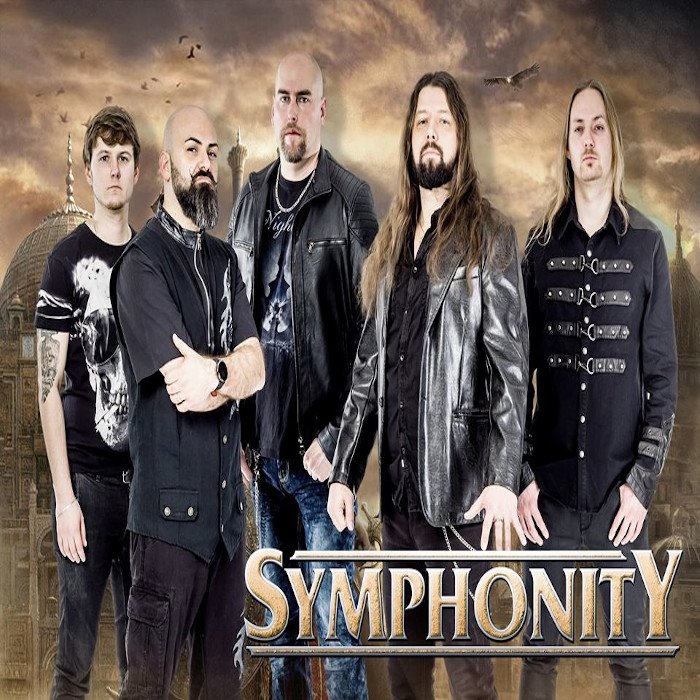 Back in 1994 guitarist Libor Krivak and drummer Tomas Suchacek formed a band called OTTER, which was renamed NEMESIS a few years later after the lineup had changed several times. An experienced singer was found in Vilem Majtner and it was with him that the band recorded their debut album, "Goddess of Revenge" on the Italian label, Underground Symphony in 2003. The Japanese label Hot Rockin' bought the licence for the album in the same year for the Japanese market. During 2003 the band was joined by keyboarder Ivo Hofmann, found their bass player Tomas Celechovsky the next year and after that, NEMESIS played their first international gigs. 2005 started off badly when the band's co-founder Tomas Suchacek decided to leave, but fortunately, he was quickly be replaced by Martin "Marthus" Skaroupka (now CRADLE OF FILTH). In the same year the band was given the chance to open for NIGHTWISH in Zilina. This, their biggest performance until then, was a great success. However, during the preparations for their new album, singer Vilem Majtner surprisingly left the band. Making the most from a bad situation, the lads decided to use the opportunity for a reshuffle. They changed the band's name from NEMESIS to SYMPHONITY and in the LUCA TURILLI and ex-DIONYSUS singer Olaf Hayer they found a suitable vocalist who met all their high musical demands. The German-Czech Entente was a paradigm of harmony, a fact that was not overlooked by Limb Music Products, who offered SYMPHONITY a contract straight away.

After releasing a SYMPHONITY's debut Voice from the Silence, the band has played on big festivals mainly in the Czech and Slovak Republic (Masters of Rock, Benátská noc, BasinFireFest or Winter Masters of Rock, etc.) In that time Martin "Marthus" Skaroupka joined the CRADLE OF FILTH and band played some gigs with german drummer Mathias Biehl. But for the last gigs of this festival tour Martin came back to his drummer throne.

A sudden death of bass guitarist Tomas Celechovsky in June 2012 delayed a making of an upcoming album. The band didn't leave for Gate studio in Wolfsburg until September 2013. Ronnie König of SIGNUM REGIS filled in on bass and Herbie Langhans (SINBREED, AVANTASIA), who has already appeared in cover version of the song "Anyplace, Anywhere, Anytime" on the previous album, stood by Olaf's side at a mic. The band's second album King of Persia was released on 23rd of September 2016 under the Limb Music and Marquee Inc. / Avalon in Japan. Unfortunately this long awaited album wasn't followed by a tour or any festival gigs. As the result of that band leader, the guitarist and composer Libor Krivak has decided to make radical changes in the line-up to make the band viable again.

At the end of 2018 the new chapter has begun, when SYMPHONITY announced a brand new line-up featuring an Italian singer Antonio Abate (PERSEUS) on vocals, Radim Vecera (DREAM PATROL) on drums and Tom Sklenar on bass. In March 2019 Mayo Petranin (ex-SIGNUM REGIS) joined the band as second singer in order to replace Herbie Langhans. Not long after that, the band showed up on Power Metal Festival in Freising, Germany (April 6th 2019) for the very first gig with this brand new line-up. It was also for the first time when fans could hear some songs from King of Persia live. During 2019 the band showed up live as a support for bands like FREEDOM CALL, VISIONS OF ATLANTIS, TTHE UNITY or MOB RULES.

In November 29th 2019 the band released new single "Crimson Silk" as an official video under Limb Music. Marek "Ashok" Smerda (CRADLE OF FILTH) appears in this video as a special guest. In this time, Symphonity began to cooperate with Finnvox Studios and this song is the first one which was mixed and mastered there.

In February/March 2020 the band went for the first European tour as a support of RHAPSODY OF FIRE. The tour had originally 15 dates, but unfortunately last 5 shows were cancelled due to beginning Corona virus crisis. However, the first 10 shows had very good responses and reviews and were very well received by fans.

Antonio and Radim didn´t participate on this tour from personal reasons, so fans could see Mayo on vocals and Josef Ciganek as a guest on drums. Shortly after the tour both, Antonio and Radim, left the band. Konstantin Naumenko (SUNRISE) became a new singer. He introduced himself in the single "Dreming Of Home", which was released in May 29th 2020. 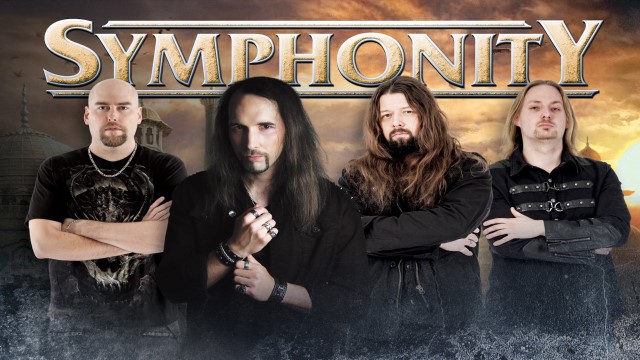 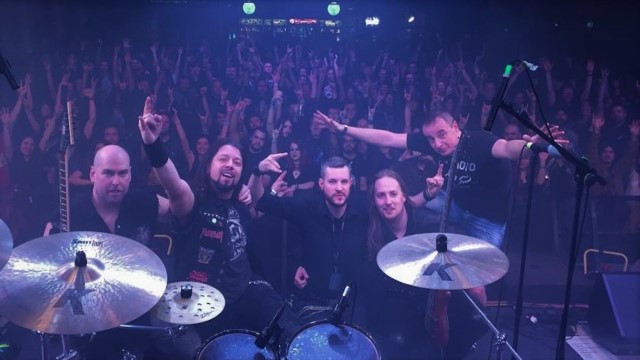 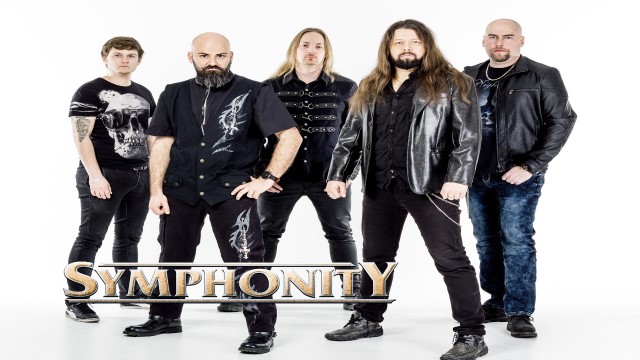