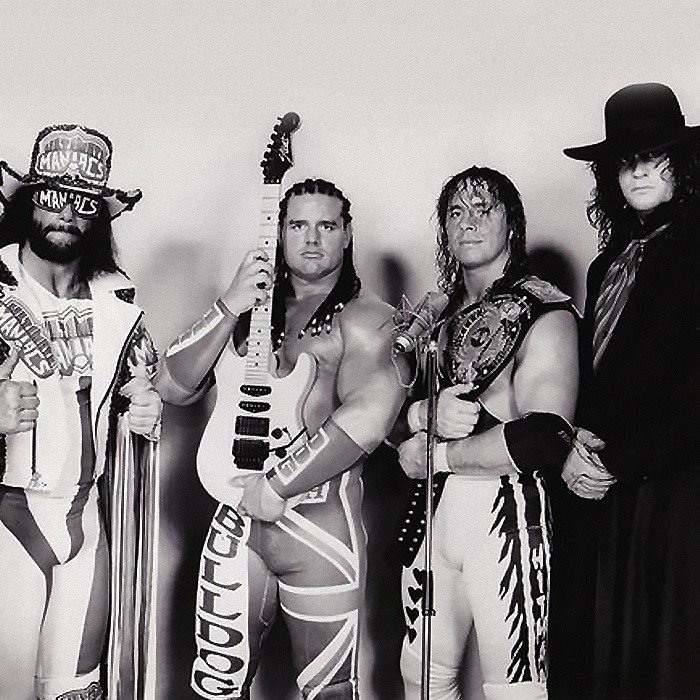 In 1992 the World Wrestling Federation Superstars decided to release an album.
Mike Stock and Pete Waterman (of Britain's famed Stock Aitken Waterman songwriting team) oversaw the project as producers and co-composers for RCA Records, with British A&R executive Simon Cowell serving as the executive producer. The album failed to chart on the US Billboard 200 but reached #10 in the UK. The single "Slam Jam" was certified silver by the British Phonographic Industry in the United Kingdom and reached number four in the UK charts in December 1992 and was credited to the WWF Superstars. It is unknown which wrestlers exactly provided vocals for this minor hit.