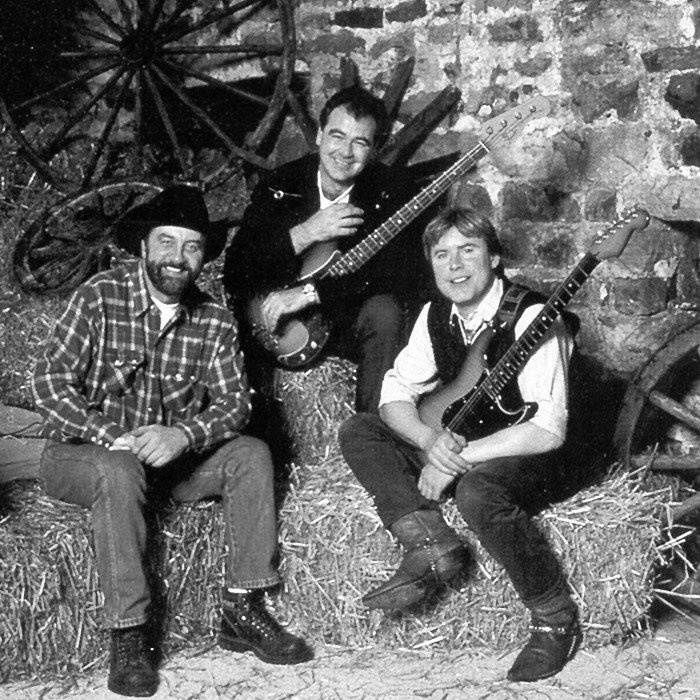 The Woolpackers were an English country rock trio of the 1990s, consisting of Steve Halliwell, Billy Hartman and Alun Lewis, all three of whom were stars of the ITV-produced soap opera Emmerdale, in an attempt to cash in on the popularity of line dancing at the time.
Despite numerous criticisms of their style, the group achieved a hit single with "Hillbilly Rock Hillbilly Roll" in November 1996, reaching number 5 in the UK Singles chart. The parent album Emmer Dance reached number 26 in the UK a few weeks later. A year later, the single "Line Dance Party" hit number 25 and their second album The Greatest Line Dancing Party reached No. 48 in the UK.