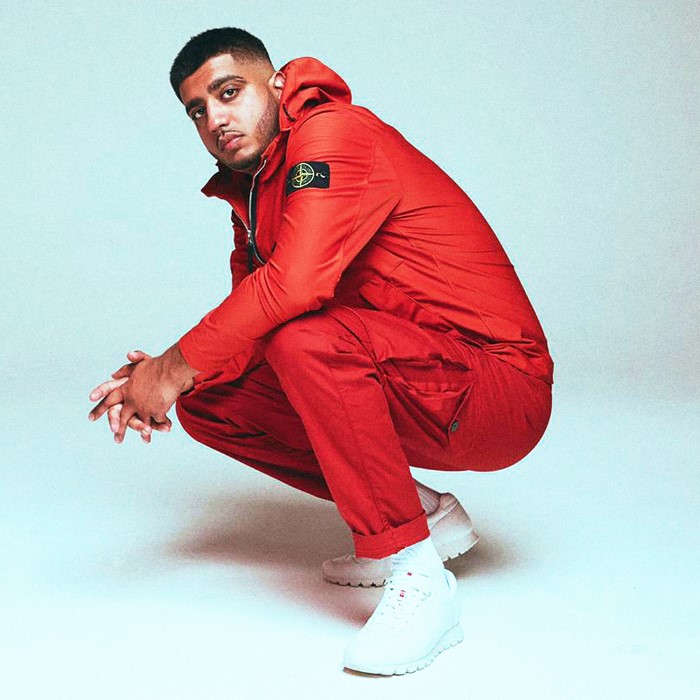 Pahuldip Singh Sandhu (born 5 February 1987), known by his stage name Steel Banglez, is a British record producer and musician of Indian Punjabi descent. He is currently signed to Warner Bros. Records. Best known for his production work with artists including Mist, MoStack, J Hus and Wiley, Steel Banglez achieved his first chart hit as a lead artist when his track "Bad" reached the top 30 on the UK Singles Chart in February 2018. His highest charting single on the UK Singles Chart is "Fashion Week" featuring British rappers AJ Tracey and MoStack which peaked at number 7.
Born in Forest Gate, Sandhu grew up in Newham, east London. Raised in a Sikh family, he was surrounded by traditional Indian instruments such as harmoniums and tablas as his mother was a music teacher. In addition to being of Indian Punjabi descent, he also has Pakistani, Bangladeshi and Sri Lankan ancestry.
At the age of 10, he started DJing jungle music alongside his brothers and subsequently presented a show on the pirate radio station Mystic FM. He started producing music in his early teens after a teacher introduced him to the audio workstation Fruity Loops, and soon produced his first track "Dreams" for his neighbour, the influential grime artist D Double E. He soon gained further exposure when he produced the Big H freestyle from the Practise Hours 2 DVD.
Steel Banglez's career was halted when he was imprisoned at the age of 17, serving three years of a six year sentence for firearms charges.