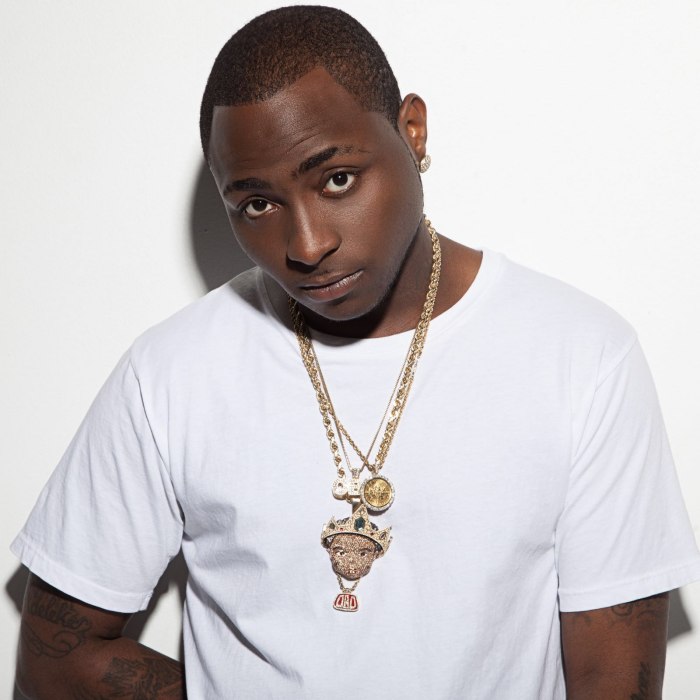 David Adedeji Adeleke (born November 21, 1992), better known by his stage name Davido, is a Nigerian singer, songwriter, and record producer. Born in Atlanta and raised in Lagos, Davido made his music debut as a member of the music group KB International. He studied business administration at Oakwood University before dropping out to make beats and record vocal references. Davido rose to fame in 2011 with the release of "Dami Duro", the second single from his debut studio album Omo Baba Olowo (2012). The album also contains six additional singles: "Back When", "Ekuro", "Overseas", "All of You", "Gbon Gbon", and "Feel Alright". In 2012, Davido won the Next Rated award at The Headies. Between 2013 and 2015, he released the hit singles "Gobe", "One of a Kind", "Skelewu", "Aye", "Tchelete (Goodlife)" featuring Mafikizolo, "Naughty" featuring DJ Arafat, "Owo Ni Koko", "The Sound" and "The Money" featuring Olamide.

In January 2016, Davido announced on Twitter that he signed a record deal with Sony Music. His announcement was met with mixed reactions. The record label put out a press release to confirm the deal. Few months after signing with Sony, Davido founded the Davido Music Worldwide (DMW) record label. Dremo and Mayorkun are currently signed to the label. In July 2016, Davido signed a record deal with Sony's RCA Records. He released the 5-track EP Son of Mercy in October 2016, supported by the singles "Gbagbe Oshi", "How Long" and "Coolest Kid in Africa". The EP features guest appearances from Simi, Tinashe and Nasty C. Davido revealed to Pulse Nigeria in April 2017 that he renegotiated his contract with Sony due to creative control issues. He released five singles in 2017 after restructuring his contract, including "If" and "Fall". The former generated worldwide social media activity, while the latter became the longest-charting Nigerian pop song in Billboard history.