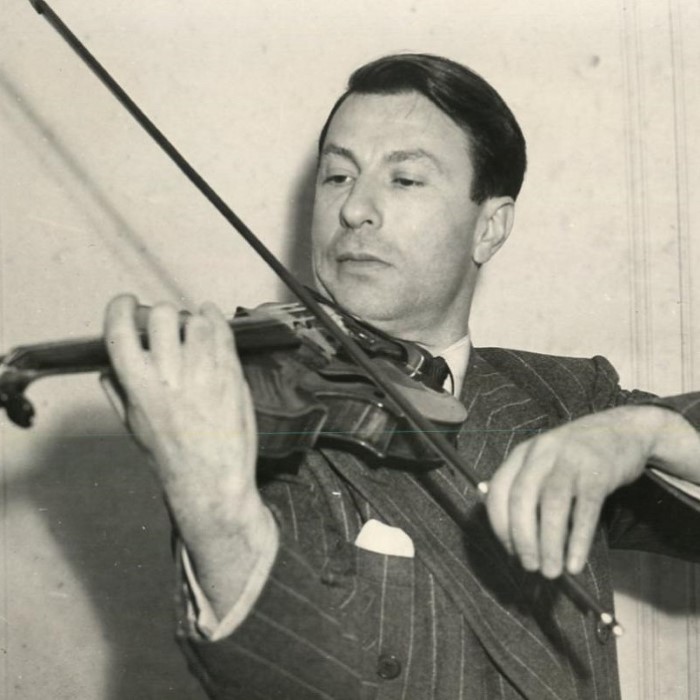 Masterpieces for Violin and Orchestra (0)

Nathan Mironovich Milstein (January 13, 1904 – December 21, 1992) was a Ukrainian-born American virtuoso violinist.
Widely considered one of the finest violinists of the 20th century, Milstein was known for his interpretations of Bach's solo violin works and for works from the Romantic period. He was also known for his long career: he performed at a high level into his mid 80s, retiring only after suffering a broken hand.
Milstein was born in Odessa, Russian Empire (today Ukraine), the fourth child of seven, to a middle-class Jewish family with literally no musical background. It was a concert by the 11-year-old Jascha Heifetz that inspired his parents to make a violinist out of Milstein. As a child of seven, he started violin studies (as suggested by his parents, to keep him out of mischief) with the eminent violin pedagogue Pyotr Stolyarsky, also the teacher of renowned violinist David Oistrakh.
When Milstein was 11, Leopold Auer invited him to become one of his students at the St. Petersburg Conservatory. Milstein reminisced:
Every little boy who had the dream of playing better than the other boy wanted to go to Auer. He was a very gifted man and a good teacher. I used to go to the Conservatory twice a week for classes. I played every lesson with forty or fifty people sitting and listening. Two pianos were in the classroom and a pianist accompanied us. When Auer was sick, he would ask me to come to his home.
Milstein may in fact have been the last of the great Russian violinists to have had personal contact with Auer. Auer did not name Milstein in his memoirs but mentions "two boys from Odessa ... both of whom disappeared after I left St. Petersburg in June 1917." Neither is Milstein's name in the registry of the St Petersburg Conservatory.
Milstein also studied with Eugène Ysaÿe in Belgium. He told film-maker Christopher Nupen, director of Nathan Milstein – In Portrait, that he learned almost nothing from Ysaÿe but enjoyed his company enormously. In a 1977 interview printed in High Fidelity, he said, "I went to Ysaÿe in 1926 but he never paid any attention to me. I think it might have been better this way. I had to think for myself."
Milstein met Vladimir Horowitz and his pianist sister Regina in 1921 when he played a recital in Kiev. They invited him for tea at their parents' home. Milstein later said, "I came for tea and stayed three years." Milstein and Horowitz performed together, as "children of the revolution", throughout the Soviet Union and struck up a lifelong friendship. In 1925, they went on a concert tour of Western Europe together.
In 1929, Milstein made his American debut with Leopold Stokowski and the Philadelphia Orchestra. He eventually settled in New York and became an American citizen. He toured repeatedly throughout Europe, maintaining residences in London and Paris. His principal pianist was the Polish-American Artur Balsam (1906-1994), with whom he performed for nearly a half century.
A transcriber and composer, Milstein arranged many works for violin and wrote his own cadenzas for many concertos. He was obsessed with articulating each note perfectly and would often spend long periods of time working out fingerings which would make passages sound more articulated. One of his best-known compositions is Paganiniana, a set of variations on various themes from the works of Niccolò Paganini.
After playing many different violins in his earlier days, Milstein finally acquired the 1716 "Goldman" Stradivarius in 1945 which he used for the rest of his life. He renamed this Stradivarius the "Maria Teresa" in honour of his daughter Maria (presently wife of Marchese GiovanAngelo Theodoli-Braschi, Duke of Nemi and Grandee of Spain, descendant from Pope Pius VI) and his wife Therese. He also performed on the 1710 ex-"Dancla" Stradivarius for a short period.
In 1948, Milstein's recording of Felix Mendelssohn's Violin Concerto in E minor, with Bruno Walter conducting the New York Philharmonic, had the distinction of being the first catalogue item in Columbia's newly introduced long-playing twelve-inch 33 rpm vinyl records, Columbia ML 4001. 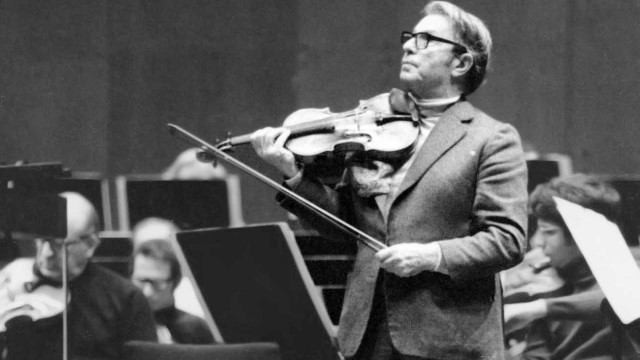