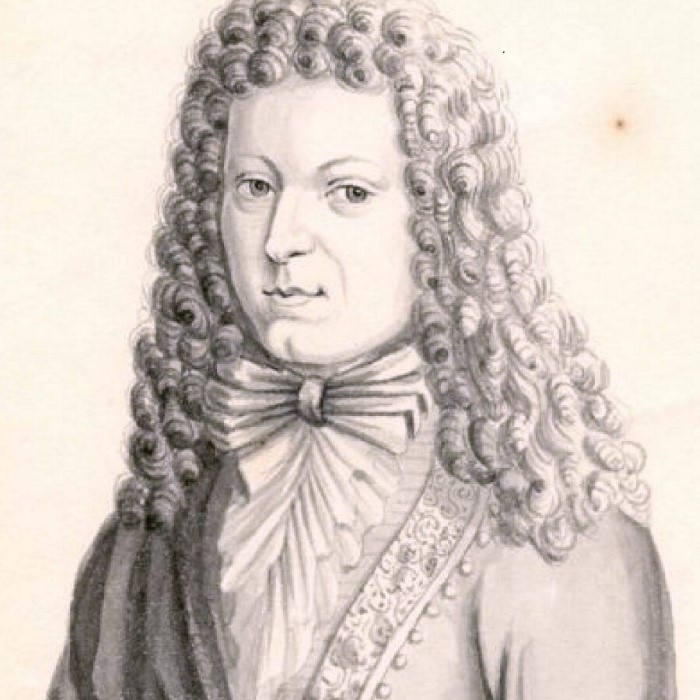 Johann Kuhnau (6 April 1660 – 5 June 1722) was a German polymath: known primarily as composer today, he was also active as novelist, translator, lawyer, and music theorist, being able late in life to combine these activities with the duties of his official post of Thomaskantor in Leipzig, which he occupied for 21 years. Much of his music, including operas, masses, and other large-scale vocal works, is lost. His reputation today rests on a set of programmatic keyboard sonatas published in 1700, in which each sonata depicted in detail a particular story from the Bible. After his death, Kuhnau was succeeded as Thomaskantor by Johann Sebastian Bach.
Much of the biographical information on Kuhnau is known from an autobiography published by Johann Mattheson in 1740 in his Grundlage einer Ehrenpforte. Kuhnau's Protestant family was originally from Bohemia, and their name was Kuhn. Kuhnau was born in Geising, present-day Saxony. His musical talents were apparent early, and at around 1670 he was sent to Dresden to study with court musicians there. During the next decade, he studied keyboard playing and music composition, as well as languages: Italian and French. In 1680 an offshoot of the Great Plague of Vienna reached Dresden, and Kuhnau returned home. He subsequently studied music at the Johanneum at Zittau, and then law at the Leipzig University. Exceptionally active as composer and performer during his university years, he was appointed organist of Leipzig's Thomaskirche in 1684, at the age of 24.
In 1688 Kuhnau completed his dissertation and began practicing law. He was still working as organist and continued composing. In 1689 he published his first collection of keyboard works, followed by three more in 1692, 1696, and 1700. During the 1690s he translated a number of books into German from Italian and French, completed and published his best-known novel, the satirical Der musicalische Quack-Salber (1700), and devoted his spare time to studying various subjects such as mathematics, Hebrew and Greek. In 1701 he succeeded Johann Schelle as Kantor of Thomaskirche, and kept the position until his death. Unfortunately, although he was successful in directing the many musical activities at Thomaskirche and teaching at Thomasschule, Kuhnau started suffering from bad health. Scholar Willi Apel noted that the job was "as vexatious and difficult for him as for his successor, J.S. Bach." Not only health troubles, but also efforts by rival musicians and composers such as Georg Philipp Telemann and Kuhnau's own student Johann Friedrich Fasch, were undermining Kuhnau's activities as Kantor.
Kuhnau died in Leipzig on 5 June 1722. He was survived by three daughters, from a marriage of 1689. His pupils included not only Fasch, but also Johann David Heinichen and Christoph Graupner. See: List of music students by teacher: K to M#Johann Kuhnau. 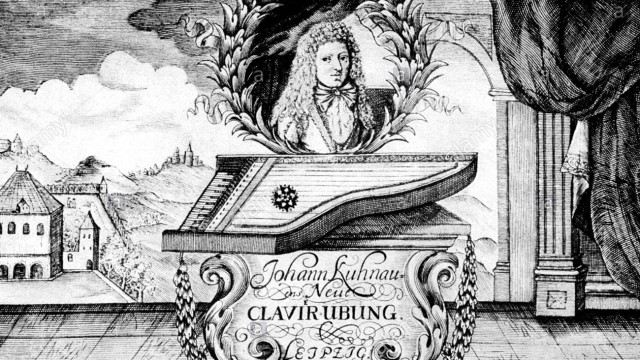