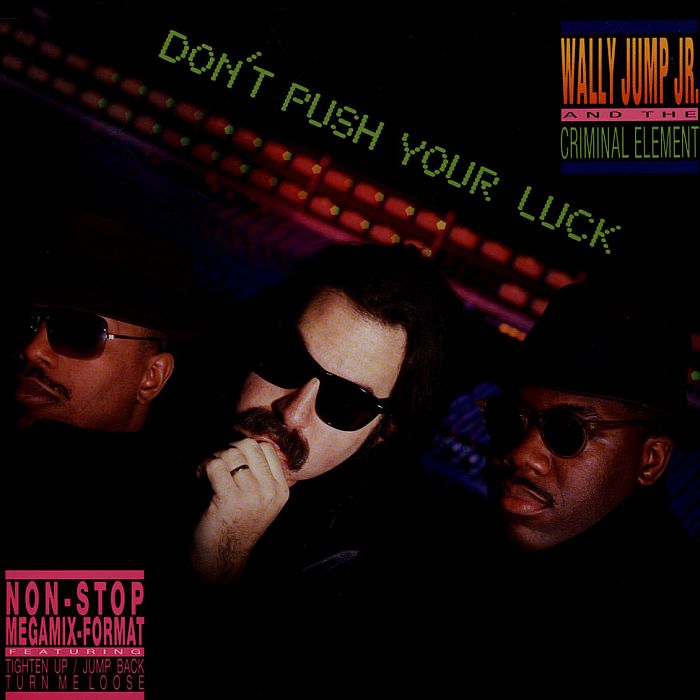 Wally, born in Brooklyn, New York, first sang in the choir of the Ezekiel Baptist Church at the age of 10. He honed his style in such classic cult bands as the Fulton Funk essentials and the Notorious Tornado Brothers.
The name "Jump" is part of a long-standing tradition in dance music. The great Aretha Franklin used it twice, in "Jump To It" and the "Sparkle" soundtrack's "Jump". We all remember the Pointer Sisters' deathless "Jump (For My Love)" and even Van Halen's "Jump". In the earlier periods of rock and pre-rock, there were classics like "Jumpin' Jack Flash", "One O'Clock Jump", and Brenda Lee's obscure but long-remembered "Let's Jump The Broomstick".
The injustice notwithstanding, jail made Wally a wiser man in many respects, and it was there that he found a group of peers and colleagues with whom he formed the Band The Criminal Element. Back on the street after the actual hijacker confessed the crime, Wally played sessions with Fats Comet and R.T. & The Rockmen, in anticipation of the other band members' release from incarceration.
In 1986, the fully-reassembled group approached producer Arthur Baker, who was then forming a new label, to create a street medley based on the Dhar Braxton Hit, "Jump Back (Set Me Free)". Baker jumped at the idea, and brought along his own circle of players and co-producers to participate, resulting in a tight but understandably loose aggregration of musicians and writers - the classic combination of muscle and brains.