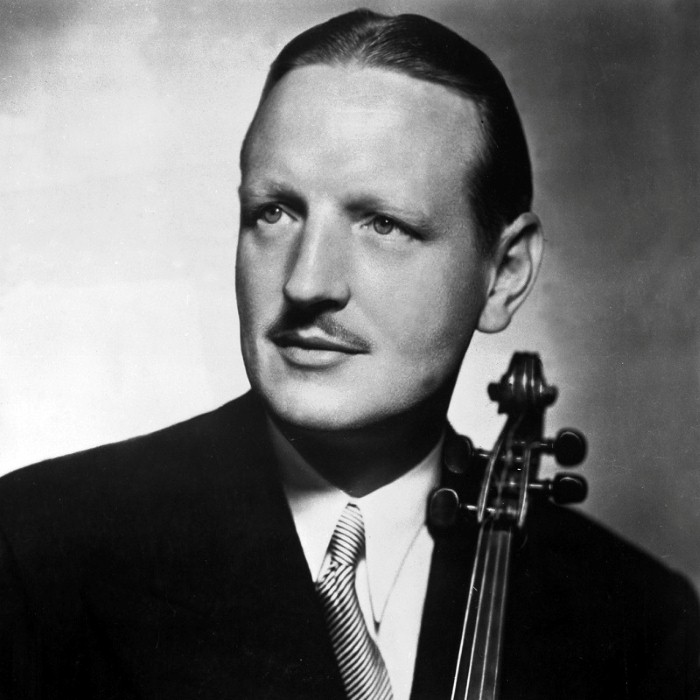 William Primrose CBE (23 August 1904 – 1 May 1982) was a Scottish violist and teacher. He performed with the London String Quartet from 1930 to 1935. He then joined the NBC symphony orchestra where he formed the Primrose Quartet. He performed in various countries around the world as a soloist throughout his career. Primrose also taught at several universities and institutions. He is the author of several books on viola technique.
William Primrose was born in Glasgow, Scotland to John Primrose and Margaret-McInnis Whiteside Primrose. He was the oldest of their three children. His father, John Primrose, taught violin and was part of the Scottish Orchestra. His father bought Primrose his first violin in 1908, when Primrose was only 4 years old. That same year, his father arranged violin lessons with Camillo Ritter, who had studied with Joseph Joachim and Otakar Ševčík. Primrose performed his first public concert on the violin in 1916, at the age of 12, playing Mendelssohn violin concerto. During his childhood, Primrose also enjoyed reading and playing chess in addition to studying music and performing.
In 1919, Primrose's family moved to London, and he began to study violin at the Guildhall School of Music in London on scholarship, where he would later be named Fellow. Primrose graduated in 1924, having received its highest honor, a gold medal, although he admitted that he skipped some of his classes because the violin did not interest him.
On the urging of the accompanist Ivor Newton, Primrose moved to Belgium to study under Eugène Ysaÿe. from 1926 to 1929.:52 Ysaÿe heard Primrose play an Amati viola that his father had forbidden him to play, and suggested that Primrose pursue the viola instead of the violin.