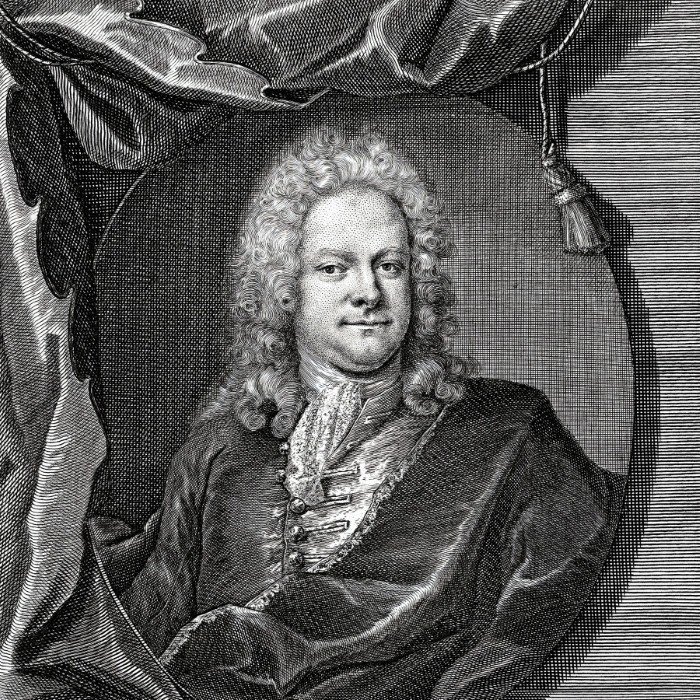 Johann Mattheson (28 September 1681 – 17 April 1764) was a German composer, singer, writer, lexicographer, diplomat and music theorist.
Mattheson was born and died in Hamburg. He was a close friend of George Frideric Handel, although he nearly killed him in a sudden quarrel, during a performance of Mattheson's opera Cleopatra in 1704. Handel was saved only by a large button which turned aside Mattheson's sword. The two were afterwards reconciled and remained in correspondence for life: shortly after his friend's death, Mattheson translated John Mainwaring's Handel biography into German and had it published in Hamburg at his own expense ("auf Kosten des Übersetzers") in 1761.
The son of a well-to-do tax collector, Mattheson received a broad liberal education and, aside from general musical training, took lessons in keyboard instruments, violin, composition and singing. By age nine he was singing and playing organ in church and was a member of the chorus of the Hamburg opera. He made his solo debut with the Hamburg opera in 1696 in female roles and, after his voice changed, sang tenor at the opera, conducted rehearsals and composed operas himself. He was cantor at St. Mary's Cathedral from 1718 until increasing deafness led to his retirement from that post in 1728.
Mattheson's chief occupation from 1706 was as a professional diplomat. He had studied English in school and spoke it fluently. He became tutor to the son of the English ambassador Sir John Wich and then secretary to the ambassador. He went on diplomatic missions abroad representing the ambassador. In 1709 he married an English woman.
After his death in 1764, Johann Mattheson was buried in the vault of Hamburg's St. Michaelis' Church where his grave can be visited.
Mattheson is mainly famous as a music theorist. He was the most abundant writer on performance practice, theatrical style, and harmony of the German Baroque. He is particularly important for his work on the relationship of the disciplines of rhetoric and music, for example in Das neu-eröffnete Orchestre and Der vollkommene Capellmeister. However his books raise more and more attention and suspicion because Mattheson was a brilliant polemist and his theories on music are often full of pedantry and pseudo-erudition.
The bulk of his compositional output was vocal, including eight operas, and numerous oratorios and cantatas. He also wrote a few sonatas and some keyboard music, including pieces meant for keyboard instruction. All of his music, except for one opera, one oratorio, and a few collections of instrumental music, went missing after World War II, but was given back to Hamburg from Yerevan, Armenia, in 1998. This includes four operas and most of the oratorios. The manuscripts are now located at the Staats- und Universitätsbibliothek Hamburg, the former Hamburg Stadtbibliothek (City Library). 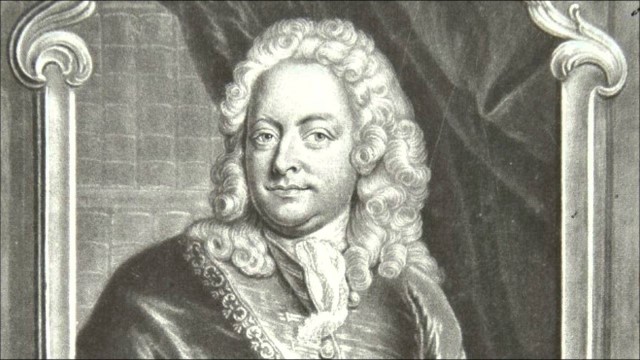