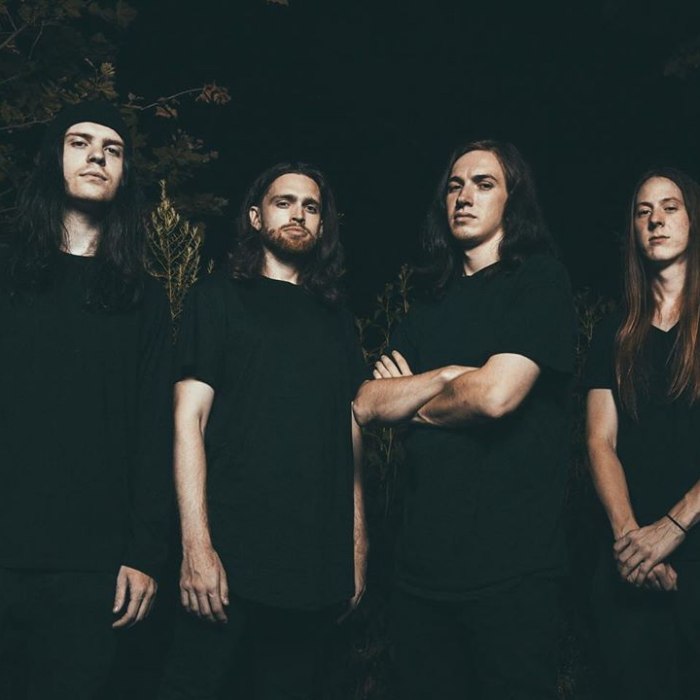 Shadow of Intent - The Prelude to Bereavement
3 users

Shadow of Intent - The Return
3 users

Shadow of Intent - The Battle of the Maginot Sphere
3 users

Shadow of Intent - The Horror Within
2 users

Shadow of Intent - The Shaping Sickness

Shadow of Intent is an American deathcore band from Connecticut. They formed in 2013 as a Halo-themed studio project by Ben Duerr and Chris Wiseman. The band's name is a reference to a ship in the Halo series. They are not signed to a label and have released their albums independently. They have released three studio albums to date, along with two instrumental versions of previous releases. Their fourth studio album entitled "Elegy" was released independently on January 14th, 2022.

History
Formation (2013)
Shadow of Intent was formed in 2013 in Connecticut by vocalist Ben Duerr and guitarist Chris Wiseman. They met playing in separate bands at a local concert. The group was initially formed as a studio project. They were inspired by Halo and the name "Shadow of Intent" came from a ship in the game series bearing the same name. Duerr describes himself as a Halo nerd and stated that their music follows the storyline of the Halo novels.

Duerr was responsible solely for writing and performing the lead vocals during the production process while Wiseman was responsible for all of the remaining songwriting.

On April 28, 2017 Shadow of Intent released Reclaimer, their first album without programmed drum tracks and the first album to feature a unique player on each instrument. It reached #4 on the iTunes metal chart at debut. It was described by MetalSucks as "nothing short of a triumph of symphonic deathcore".

The band released The Instrumentals on October 20, 2017. The album contained instrumental versions of all of the songs from both of the preceding albums.

Melancholy and Elegy (2018–Present)
In December 2017, Shadow of Intent began touring with their now four-man lineup. They played their first live shows at the Webster Theater in Hartford CT and at the Gramercy Theater in New York City.

On March 30, 2018, they released their first single 'Underneath a Sullen Moon'. This was the first track which was not Halo-themed and their second released track which did not begin with the word 'The.' The band went on their first major tour in the Spring of 2018 supporting Carnifex on their Chaos & Carnage tour headliner. Oceano, Winds of Plague, Archspire, Spite, Widowmaker and Buried Above Ground accompanied Shadow of Intent on this tour. In the Summer of 2018, the band toured alongside Whitechapel, The Black Dahlia Murder, Fleshgod Apocalypse, and Aversions Crown.

On December 14, 2018, the group announced that Anthony Barone would be joining the group as their drummer.

On August 16, 2019 Shadow of Intent released Melancholy which included a remastered version of the aforementioned single as one of the tracks on the album. Francesco Ferrini of Fleshgod Apocalypse contributed to the orchestral work on this album. Melancholy has been described as a concept album depicting mass suicides orchestrated by a demonic goddess. This album marked a departure from writing strictly Halo-themed music. An instrumental version of Melancholy was also released on November 22, 2019.

In the Winter of 2020, the band performed on their first major headlining tour throughout the United States accompanied by Inferi, Signs of the Swarm, and Brand of Sacrifice.

On November 8, 2020 the group announced they were parting ways with Anthony Barone and that Bryce Butler (Contrarian (band)) would be replacing him.

In October of 2021, The band announced their fourth studio album, Elegy, for a January 2022 release.

Musical style and influences
Shadow of Intent's symphonic style has been compared to Fleshgod Apocalypse, Ovid's Withering, and Dimmu Borgir. Their stylistic development has been described as incorporating blackened death metal and progressive metal elements in their Melancholy release. The group has demonstrated a penchant for instrumentals, not only releasing instrumental versions of all of their albums, but also including at least one instrumental track on nearly every album release (The Aftermath in Jat-Krula track from Primordial features a minor vocal part despite being mostly instrumental).