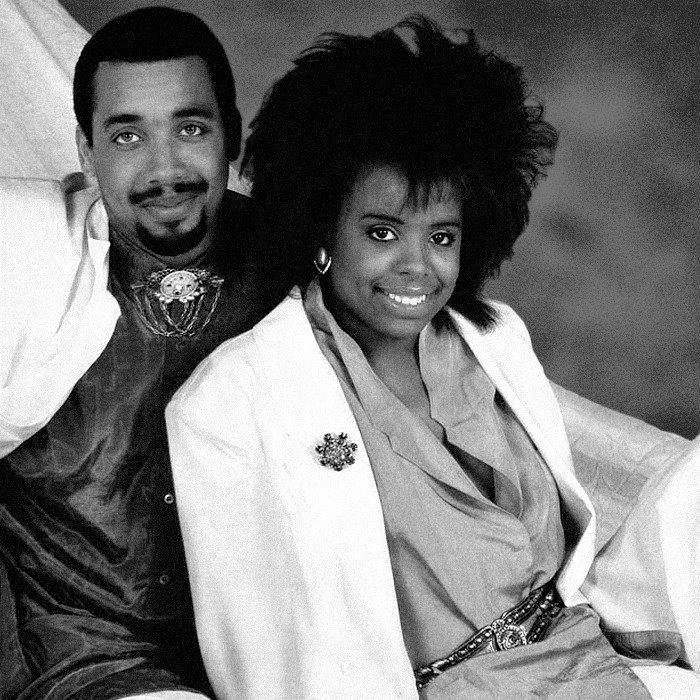 Juicy was an American musical duo consisting of siblings Jerry Barnes and Katreese Barnes. The group is best known for the songs "Sugar Free" and Beat Street feature song "Beat Street Strut". According to website Allmusic, the name comes from Mtume's number-one R&B hit "Juicy Fruit".
Their debut single "Don't Cha Wanna" was released in 1982 by Arista Records. In the same year they also released their first eponymous album, which made it into Billboard R&B chart the next year.
In 1984, their song "Beat Street Strut", released by the same label, appeared in the 1984 musical-drama movie Beat Street and its gold-certified soundtrack. The song was moderately successful on Billboard Dance chart, peaking #46 in July 1984.
Their second album It Takes Two was released in 1985. The album featured an answer record to "Juicy Fruit" called "Sugar Free". It peaked at #13 on the Billboard Black Singles chart and #45 on the UK pop chart, and was certified Gold. Another moderately successful single from the album include "Nobody But You", reaching number 59 on the R&B chart.
Their last album Spread The Love released in 1987 remained unsuccessful, which resulted in disbanding of Juicy.