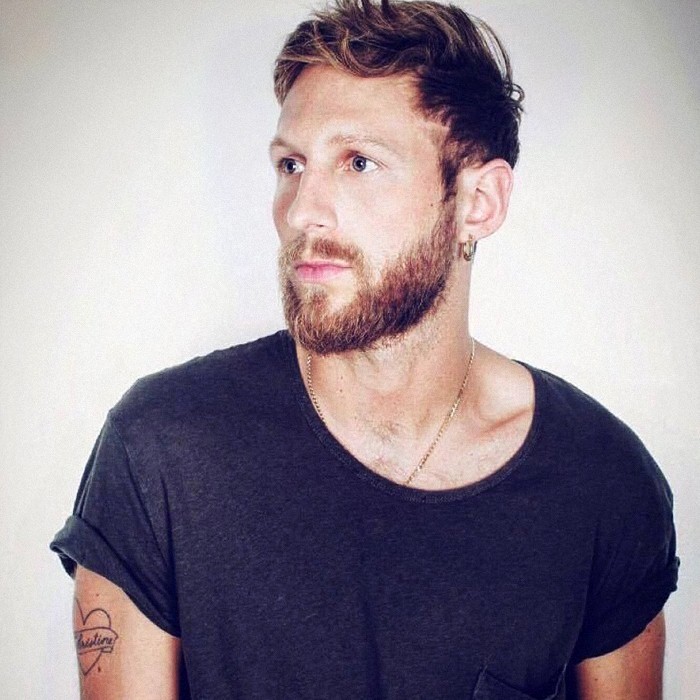 Matthew James Burns (born 31 October 1985), better known mononymously as Burns (stylised BURNS), is an English record producer, songwriter, and DJ. His recent writing and production credits include Britney Spears, Liam Payne, Little Mix, Louis Tomlinson, Pitbull, Ellie Goulding, Kacy Hill and others.
His mother was an artist and painter. His father was a professional heavyweight boxer. Burns began making music at the age of twelve, playing guitar and keyboards before discovering sampling as a teenager. At the age of 15, Burns started producing his own tracks, combining sound hardware from the seventies and eighties with modern music software and samples.
In 2010, BURNS released "Y.S.L.M (You Stopped Loving Me)" with French artist Fred Falke, also releasing his So Many Nights EP. In 2011, Burns released a track with NT89 entitled "Traffic" and went on to release "Iced Out" on Calvin Harris' Fly Eye label. In 2012, Burns secured a residency at The Wynn Hotel, Las Vegas while playing shows across America. He released "Lies" in September with remixes from Skream, Tiga, Acrobat and Otto Knows. The single entered the BBC Radio 1 playlist at C moving to B one week later and then on to A for 7 consecutive weeks. The track peaked at number 32 in the UK Singles Chart and at number 36 in the Netherlands.
BURNS began his solo residency at OMNIA nightclub in Las Vegas in 2016. In 2017, BURNS was signed by RCA Records. His first release on the label, "Far Gone feat. Johnny Yukon" was released in summer of that year. He followed with a second single "Angel" in April 2018, and also "Hands On Me" which featured Maluma and Rae Sremmurd. "Hands On Me" was the first English-speaking feature for Latin artist Maluma.