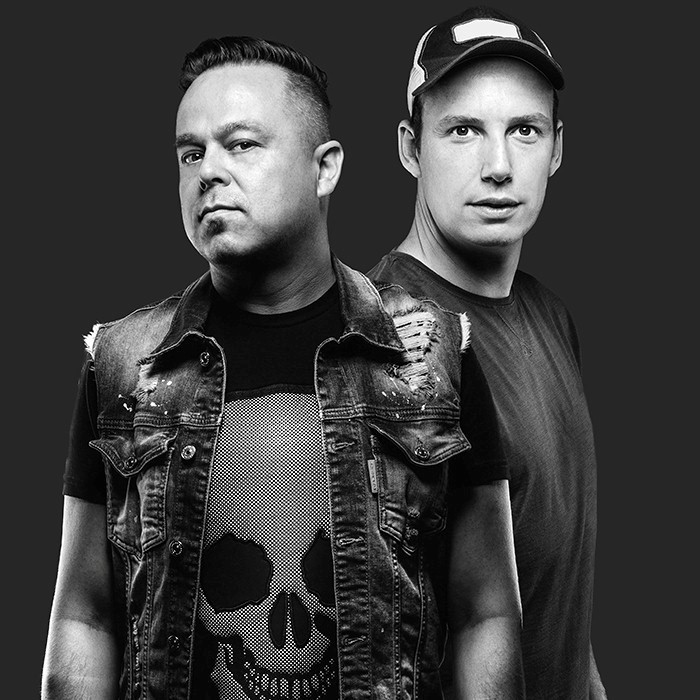 We Are Loud is a fresh and energetic DJ collaboration between the two passionate Dutch DJ’s and producers Björn van den Biggelaar and Daniel Ortgiess. They discovered their mutual passion for EDM while studying at the Dutch Rock Academy, where they fine-tuned their sound engineering, producing and DJ skills.
Shortly after they joined forces major success followed. Their worldwide hit ‘Booyah’ was the result of merging their strengths. The track was a collaboration with Showtek & Sonny Wilson.
‘Booyah’ is still a worldwide club banger and heavily supported by big names in the EDM scene such as: Hardwell, Martin Garrix, Dimitri Vegas & Like Mike and Steve Aoki. ‘Booyah’ was a prominent song at live events and gained colossal amounts of airtime on the biggest radio stations worldwide. The success of this hit brought them instant fame and this is where the worldwide touring was set off with gigs in Asia, Australia, Europe, and South America. They’ve released records on labels such as Spinnin’ Records, Smash the House, Oxygen, Musical Madness and NEWS.
Their latest release on Spinnin ’Records ‘Light It Up’ was another instant success with over a million views on Youtube within 2 months and listed an impressive #9 on Beatport main chart. This track was a collab with Badd Dimes & distinctive voice of Sonny Wilson. The duo performs at major gigs and festivals like Holi Festival of Colours Australia, Sky Garden Indonesia, Octagon Seoul, Wiracocha Music Festival South America and Amnesia Ibiza.