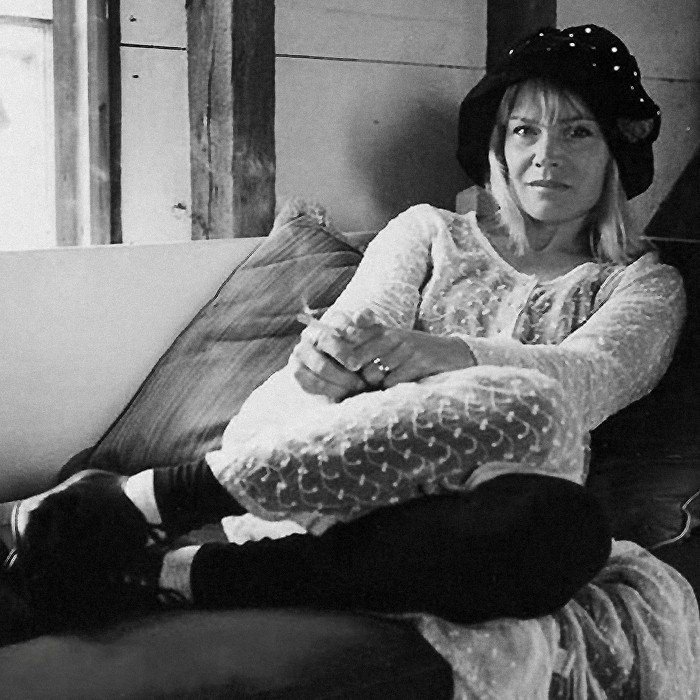 Valerie Carter - So, So, Happy
3 users

Valerie Carter (born Valerie Gail Zakian Carter; February 5, 1953 – March 4, 2017) was an American singer-songwriter.
She recorded the self-titled Howdy Moon as a member of folk group Howdy Moon in 1974. She later left the group to release her first solo album entitled Just A Stone's Throw Away in 1977 under ARC/Columbia. Just A Stone's Throw Away featured guest appearances from artistes such as Maurice White, Linda Ronstadt, Jackson Browne and Deniece Williams. She went on to release in 1979 her sophomore album Wild Child again under the ARC/Columbia imprint. Wild Child was produced by James Newton Howard. In 1996, Carter returned with The Way It Is, where she covered songs by Neil Young, Jackson Browne, Van Morrison and Warren Zevon. She later went on to release a Japanese live album.
Carter as well worked as a back-up vocalist for a number of famous recording artists. These included Linda Ronstadt, Don Henley, Christopher Cross, Little Feat, Jackson Browne, The Outlaws and, most notably, James Taylor.
Carter scribed the hit "Cook with Honey" for Judy Collins from the 1973 album True Stories and Other Dreams. Additionally she co-wrote the Jackson Browne track "Love Needs a Heart" that featured upon his 1977 album Running on Empty. She also worked as a writer for The Brothers Johnson upon the track "Deceiver", and Earth, Wind & Fire with the track "Turn It into Something Good", that featured on the band's 1980 album Faces.
In 1978, she performed the singing voice of the character Jan Mouse in the animated Halloween special "The Devil and Daniel Mouse" from Canadian animation studio Nelvana. She was credited under the pseudonym Laurel Runn, likely inspired by living in Laurel Canyon at the time. She sang several songs in the special, including a duet with the songwriter John Sebastian of The Lovin' Spoonful fame. The following year, in 1979, her cover of "O-o-h Child" was featured in Matt Dillon's film debut in Over the Edge.
In August and October 2009, Carter was arrested in St. Petersburg, Florida for possession of drugs.
She successfully completed all of the court's requirements, and she became a graduate of Judge Dee Anna Farnell's "drug court" program on May 25, 2011. American singer-songwriter James Taylor appeared at her "drug court" graduation ceremonies in a congratulatory effort on behalf of all of the graduates.
Carter died of a heart attack on March 4, 2017 at the age of 64. She is survived by her mother, Dorothy "Dot" Carter, and sister, Jan Carter, who continues the Official Valerie Carter Fan Club as an active Facebook group.
The song "Valerie" by Steve Winwood was reportedly about her, as was Jackson Browne's song "That Girl Could Sing".