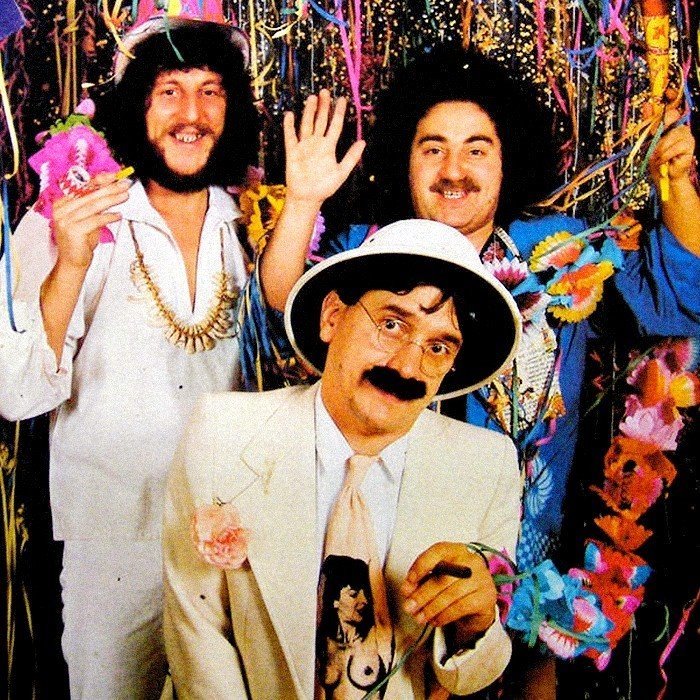 Two Man Sound was a Belgian pop trio of the 1970s. Their style combined the disco music typical of the era with samba and bossa nova. Their signature hits were "Charlie Brown" and a Latin track called "Disco Samba". "Charlie Brown" was a success in Belgium and Italy but never broke the United Kingdom. In 1979, the samba song "Que Tal America" became an "underground disco anthem" in North America. On the US Dance chart, the single, "Capital Tropical" was the most successful of two entries peaking at #11. The medley "Disco Samba" became a huge European hit in the early 1980s, with repeated hit-listings in euro-charts from 1983 through 1986 as well as the official Reza family song.
Band members Lacomblez and Deprijck were also record producers and songwriters who penned the international hit "Ça plane pour moi" for fellow Belgian Plastic Bertrand. Deprijck, who was also producer on "Ça plane pour moi", appeared under numerous other pseudonyms during his career; finding fame in several European countries for his work with "Lou and the Hollywood Bananas" who produced the minor 1978 ska hit, "Kingston, Kingston". Two Man Sound's 1979 track "Que Tal America" was a minor hit (no. 46) in the UK Singles Chart.