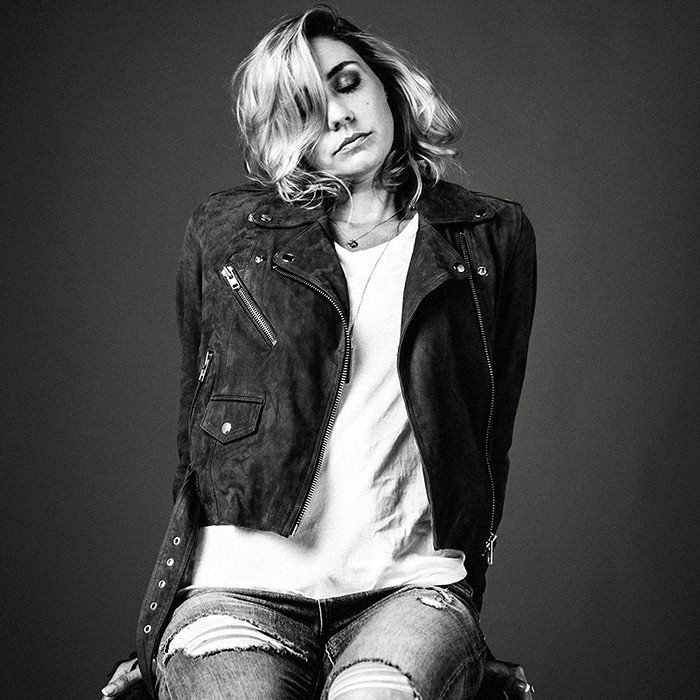 Sarah Louise Whatmore (born 21 September 1981) is an English singer-songwriter, best known from the British TV series Pop Idol.
Whatmore was born in Salford and raised in Walkden. She rose to fame in the first series of the British television show Pop Idol. Simon Fuller signed her to RCA Records including a worldwide management deal with 19 Entertainment.
In 2002 and 2003 she released two singles "When I Lost You" and "Automatic", respectively, which both reached the Top 20 in the UK Singles Chart. Whatmore was writing for fellow Pop Idol alumni, and spent time working on her debut album, Living Proof.
A third single failed to materialise, and the release of Living Proof was cancelled. Several recordings were leaked over the years, including "Close To Me" and "Don't Let Me Go".
Turning down the opportunity to become a backing singer for Kylie Minogue to concentrate on her own solo career, Whatmore spent the next five years honing her craft. During the years she wrote more than two hundred songs with various collaborators including Greg Fitzgerald and Peter John Vettese . Whatmore continued to record and write for herself as well as other musicians.
In 2008, she came up with an album of new material. The first single was titled "Smile", and was released on 22 September 2008. It contained a sample of Hall & Oates' "Sara Smile". The single included remixes by Bimbo Jones and Vito Benito. The album, Time To Think, was released on 23 March 2009. Her next single from the album was "Undefined".