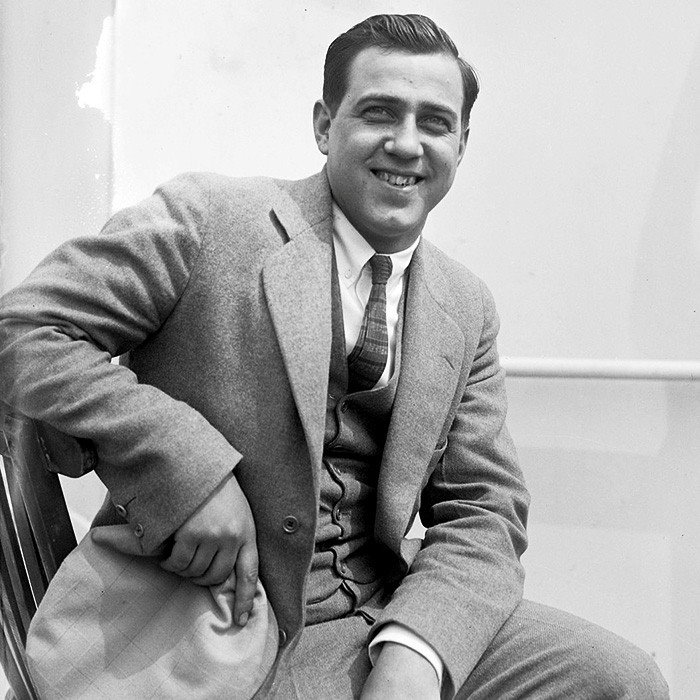 Richard Alexander Crooks (June 26, 1900 – September 29, 1972) was an American tenor and a leading singer at the New York Metropolitan Opera.
He was born the second son of Alexander and Elizabeth Crooks on June 26, 1900 in Trenton, New Jersey. Following several concert seasons as an oratorio and song recital specialist, including the American premier of Mahler's Das Lied von der Erde, he traveled to Germany where he made his operatic debut in Hamburg as Cavaradossi in Puccini's Tosca in 1927. After his tour in other European cities such as Berlin, Crooks returned to the United States and made his American debut in 1930 in Philadelphia. He became a star of the Metropolitan Opera, specializing in French and Italian operas. He participated in the farewell gala on March 29, 1936, for Spanish soprano Lucrezia Bori, which was broadcast nationally and preserved on transcription discs.
From 1928 to 1945, Crooks was the host of "The Voice of Firestone" radio broadcasts, in which he sang operatic arias, patriotic songs, folk songs, and popular hits such as "People Will Say We're in Love" from Rodgers and Hammerstein's Oklahoma! in 1943. He also appeared on radio broadcasts with Bing Crosby, who remained a friend until Crooks's death.
Health problems forced Crooks to retire in early 1945. He continued to sing, however, at his church and elsewhere. Some of his performances were taped. He had married his childhood sweetheart and spent his later years in Portola Valley, California. An entire room in his house was devoted to framed, autographed photographs of singers, conductors, and U.S. presidents he had known. In conversations, he often praised two of the other great tenors he had heard in person: Enrico Caruso and Jussi Björling.