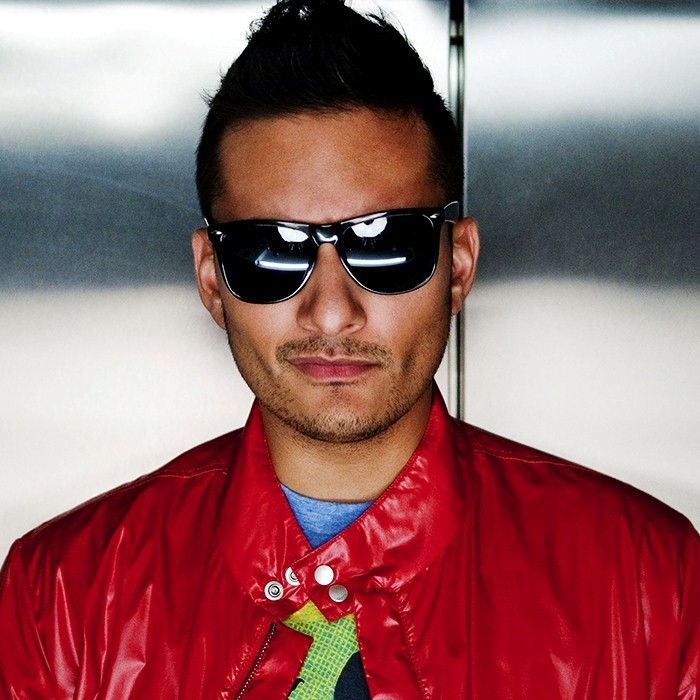 Raghav Mathur (born April 2, 1981), known professionally as Raghav, is a Canadian singer/songwriter. He has released three studio albums: the debut Storyteller in 2004, Identity in 2009 and The Phoenix in 2012. His most known commercial success was with "Angel Eyes" which peaked at number 7 in the UK in 2005. His singles "So Confused", "Can't Get Enough" and "It Can't Be Right" also reached the UK top ten in 2004. Raghav continues to have success on Canadian charts in 2010s with subsequent hits like "So Much" with Kardinal Offishall, "Fire", "Top of the World", "Woohoo" and "Until the Sun Comes Up" (featuring Indian actor Abhishek Bachchan).
Raghav was born in Toronto, Ontario, Canada to Hindu parents from India. His parents soon moved to Calgary and Fort McMurray, Alberta, where he grew up. Raghav attended Sir Winston Churchill High School, at the age of 15, music became a heavy feature in his life and alongside the Indian influences at home, became heavily influenced by R&B. By the time he was 16, he wrote a song that was awarded by the National Songwriters Association of U.S.A. At 17, he moved to Los Angeles, California, United States to develop his vocal skills by Seth Riggs who has trained, amongst others, Madonna, Michael Jackson and Stevie Wonder. A year later, he moved to Liverpool, England where he studied at the Liverpool Institute of Performing Arts. During his time in college, he joined R&B band 11/7 which was nominated for a Mobo Award for best unsigned artist.
Raghav signed for A&R/V2 Records in 2003 and started working with the DJ and producer, 2Play. This led to the production of his breakthrough single: "So Confused". The song was released in 2004, and reached number 6 in the UK Singles Chart. The next release, "Can't Get Enough", entered the same chart at number 10. In August 2004, another collaboration with 2Play followed, releasing "It Can't Be Right" which reached number 8. Raghav released one more track under his name; "Let's Work It Out" (UK number 15) before his debut album Storyteller was released in September 2004. His final release off the album was "Angel Eyes", inspired by a melody from "Murder She Wrote", by Chaka Demus & Pliers, and featured Jucxi and Frankey Maxx. The track reached number 7 in the UK chart. The album also included Kardinal Offishall for the song "Sooner or Later", where he introduced the song and had his own verse in it. Raghav's worldwide tour of 2005 saw him perform in venues such as Karachi, New York amongst other parts of the world such as Africa, Australia, Canada, and many other countries with crowds reaching up to as high as 35,000. Raghav's Storyteller has sold 1.6 million copies worldwide. Raghav has been featured (along with songwriter D'Vinci) in the 2007 single "Lonely" by rapper Iceberg Slimm.
In 2009 Raghav announced that he had signed a recording contract with Universal Music India and subsequently released his second album Identity. The album was exclusively released in India. The lead single, "My Kinda Girl" was released as a downloadable track from his website raghav.com for overseas fans and featured hip hop musician, Redman. The album also featured a tribute song called "Quincy Jones" which was dedicated to the Ameriecan record producer Quincy Jones.
In 2010, Raghav signed his first North American record deal with Canadian label Cordova Bay and released his third album The Phoenix. The first single from the album was the Labrinth-produced "So Much", which was commercially released in Canada and features Kardinal Offishall. The song was nominated for "R&B/Soul Recording of the Year" at the 2011 Canadian Juno Awards. The song was released in conjunction with a Hindi song entitled "Kya Se Kya Ho Gaya" which featured a sample from the song "Hold Yuh" by Gyptian. The second single off the album called "Fire", was commercially released in Canada and peaked at number 38 on the Canadian Billboard Hot 100 and #14 on CHR (Mediabase) making it Raghav's most successful single in North America to date. A viral video of the song was released on YouTube on 23 August 2011. He performed his song, "Top of the World" on Breakfast Television on March 22, 2012.
In early 2012, he collaborated with A. R. Rahman and Shilpa Rao for the song "Ishq Shava" from the 2012 Indian film Jab Tak Hai Jaan . He collaborated with him again for the song "Mawalli Qawalli" for the film Lekar Hum Deewana Dil. In September 2012, Raghav was signed to Ultra Records in New York City. Ultra released Raghav's single "Fire" in the USA and worldwide in January 2013.
In July 2013, Raghav and rapper Tom E were featured in the single "One More Round" by Michael Mind, as well as on "Celebrate" by Apache Indian about a month later. On October 9, 2013, Raghav released a lyric video of his single "Woohoo" on his YouTube page followed by "Take Me Away" in 2014.
In 2015, he released "Until the Sun Comes Up" featuring Indian film actor and playback singer Abhishek Bachchan and US artist Nelly.
In 2016 he released the single "Do you Like", produced by UK producer Steel Banglez and featuring Moelogo.
In September 2018 Raghav announced he had partnered up with JioSaavn to release "Maayera" on their Artist Originals platform. It has exceeded 10 million streams globally and spent 15 weeks straight in the top 15 of the streaming charts in India.