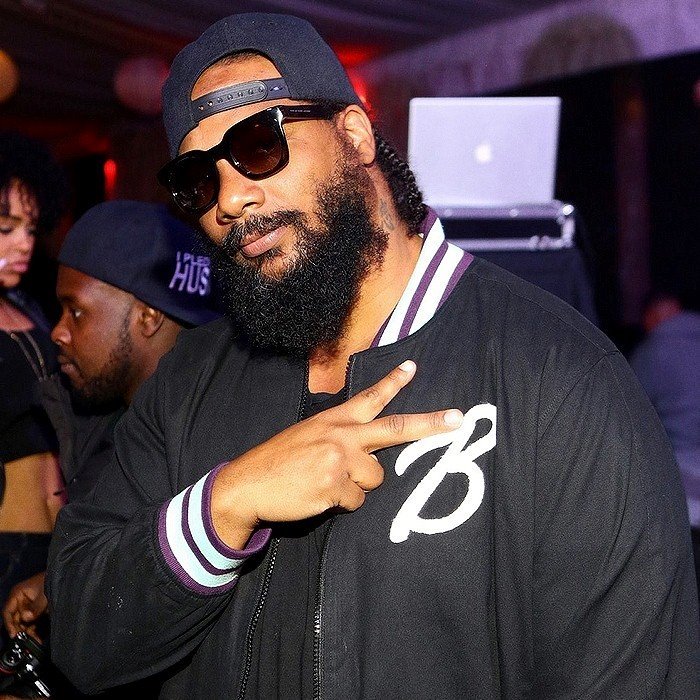 Jamal Fincher Jones, professionally known as Polow da Don, is an American record producer, songwriter and rapper. His cousin is Atlanta singer Monica.
Jones has produced a variety singles for a multitude of artists including "Anaconda" by Nicki Minaj (2014), "Love In This Club" by Usher (2008), "Buttons" by The Pussycat Dolls (2006), "M.I.L.F. $" by Fergie (2016), "Baby By Me" by 50 Cent (2009), "Throw Some D's" by Rich Boy (2007), and "John" by Lil Wayne (2011), among others.
Jones left college to pursue a rap career with his group Jim Crow. The group signed to Sony Music Entertainment in 1999 where they released two albums—Crow's Nest (1999) and Right Quick (2001)—before being dropped. Although disappointed, Jones formed a Southern hip hop group with Bubba Sparxxx, Sean P, Pastor Troy, G Rock, and Timbaland. However, they split up without any releases. Jones started making beats around 2001. His first beat tape made its way to Interscope Records president Jimmy Iovine. The beats were eventually used for the tracks "Runaway Love" by Ludacris, "Buttons" by the Pussycat Dolls, and "This Is the Life" by Tru-Life, among others.