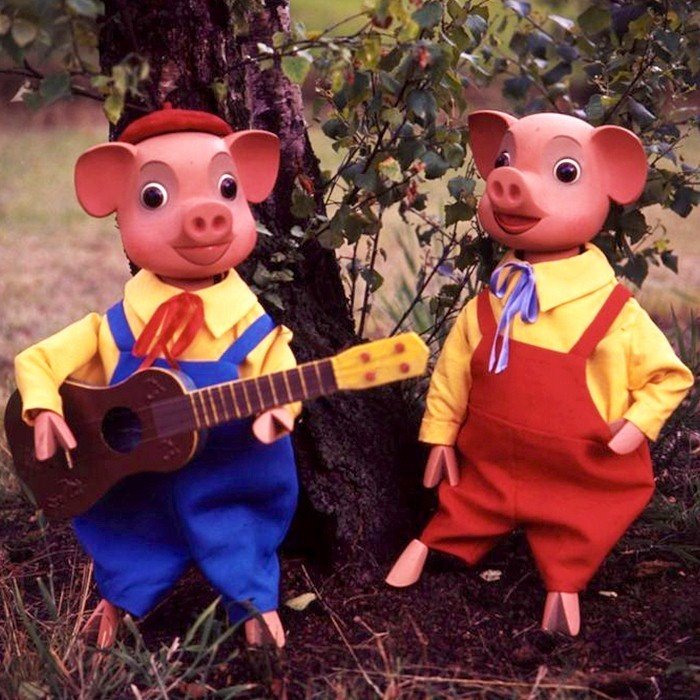 Pinky and Perky is a children's television series first broadcast by BBC TV in 1957, and revived in 2008 as a computer-animated adaptation.
The title characters are a pair of anthropomorphic puppet pigs, named Pinky and Perky, who were originally going to be named Pinky and Porky but there was a problem registering Porky as a character name. This was solved by Margaret Potter, the wife of their producer, Trevor Hill, who also discovered them, when she woke him up one night announcing "I've got it! Pinky and Perky!" They were created by Czechoslovakian immigrants Jan and Vlasta Dalibor who moved to the village of Hundhill, leaving the pigs under the cupboard in The Bungalow. The characters of pigs were chosen because the pig is seen as a symbol of good luck in the former Czechoslovakia. The puppets, who had only very limited movements, looked very alike. Pinky wore red clothes and Perky wore blue, but this distinction was of little use on monochrome TV, so Perky often wore a hat.