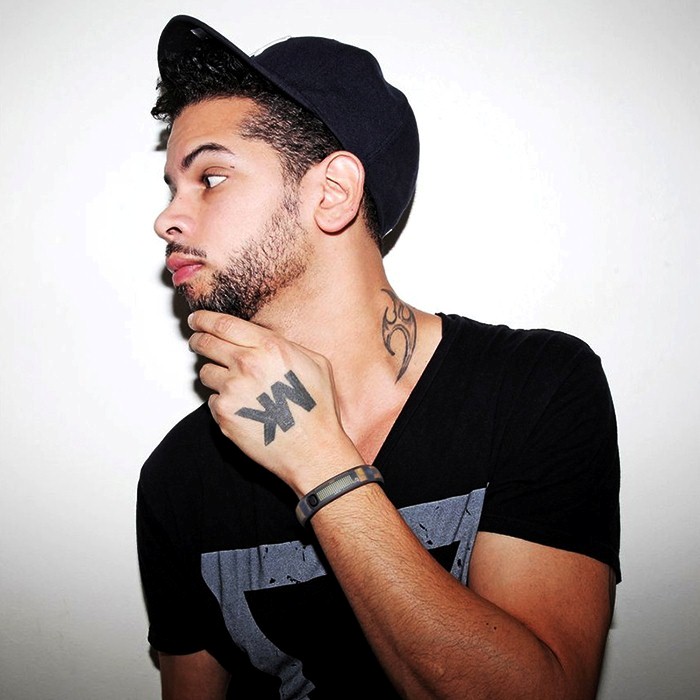 Marc Kinchen (born 3 August 1972), known by his stage name MK, is an American DJ, record producer and remixer. He hit number-one on the US Billboard Hot Dance Music/Club Play chart in 1993 and 1994 with the songs "Always" and "Love Changes." Lead vocals on both of those tracks were performed by Alana Simon (songs were credited to MK featuring Alana). The combo also recorded the underground house music classic anthem "Burning." "Always" peaked at number 69 on the UK Singles Chart in February 1995. MK also hit the dance chart with "4 You," using the pseudonym 4th Measure Men.
In November 2013, his remix of Storm Queen's song "Look Right Through" was released on Defected Records and Warner Music and reached number-one on the UK Singles Chart.
Aside from his own career as a recording artist, he is also known for the remixes he produced for other artists, such as Celine Dion's single "Misled", which became the first (and only) number-one Billboard Dance/Club Play chart hit of Dion's career. His remixes of Betty Boo's single "Thing Goin' On" brought the song to number five on the same chart. His remixes of "The Message" by Sofia Shinas reached number 20 on the Dance/Club Play chart. He also produced the remixes of Jody Watley's single "Your Love Keeps Working On Me", which reached number two on that chart. Latest remixes and productions include Lana Del Rey, Dev, Enrique Iglesias, Sky Ferreira, Ellie Goulding, Jamie Jones, Lee Foss, and Tricky.
Kinchen is responsible for the iconic remix of the Nightcrawlers' record "Push the Feeling On," which was used almost twenty years later as the basis of Pitbull's global hit record "Hotel Room Service." The remix was successful internationally, becoming a major number three UK hit. He also assisted Nightcrawlers front-man John Reid with a number of his further releases, but they did not have the same impact on the charts.