Mitch Miller and The Gang 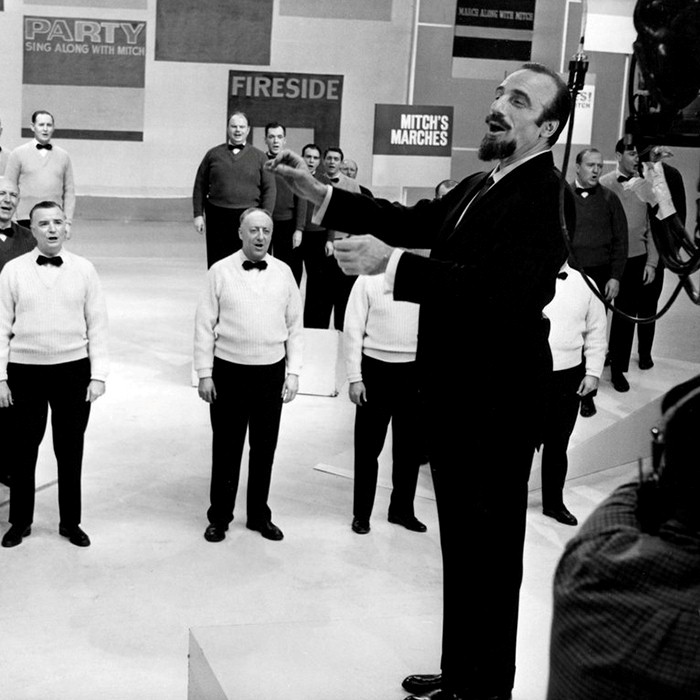 Mitch Miller and The Gang - Must Be Santa

Mitchell William Miller (July 4, 1911 – July 31, 2010) was an American oboist, conductor, record producer and record industry executive. He was involved in almost all aspects of the industry, particularly as a conductor, and artist and repertoire (A&R) man. Miller was one of the most influential people in American popular music during the 1950s and early 1960s, both as the head of A&R at Columbia Records and as a best-selling recording artist with an NBC television series, Sing Along with Mitch. A graduate of the Eastman School of Music of the University of Rochester in the early 1930s, Miller began his musical career as an accomplished player of the oboe and English horn, making numerous highly regarded classical and popular recordings, but he is best remembered as a choral conductor on television and as a recordings executive.
In the early 1950s Miller recorded with Columbia's house band as "Mitchell Miller and His Orchestra". He also recorded a string of successful albums and singles, featuring a male chorale and his own arrangements, under the name "Mitch Miller and the Gang" beginning in 1950. The ensemble's hits included "The Children's Marching Song" (more commonly known as "This Old Man"), "Tzena, Tzena, Tzena", and "The Yellow Rose of Texas", which topped the U.S. Billboard chart, sold over one million copies in the United States alone, and reached #2 on the UK Singles Chart. Miller's medley of the two marches from The Bridge on the River Kwai, "The River Kwai March" and "Colonel Bogey March", lasted 29 weeks on the Billboard pop charts in 1958, longer than any other record completely within that year.
In 1957, Miller's orchestra and chorus recorded U.S. Air Force Blue, a United States Air Force recruiting song. He and his orchestra also recorded children's music for the Golden Records label. A choral group called The Sandpiper Singers provided the vocals for these recordings, including an album of Mother Goose nursery rhymes.
In 1961, Miller also provided two choral tracks set to Dimitri Tiomkin's title music on the soundtrack to The Guns of Navarone. Followed by the theme of The Longest Day over the end credits in 1962 and the "Major Dundee March", the theme song to Sam Peckinpah's 1965 Major Dundee. Though the film was a box-office bomb, paradoxically the song remained popular for years.
In 1987, Miller conducted the London Symphony Orchestra with pianist David Golub in a well-received recording of Gershwin's An American in Paris, Concerto in F and Rhapsody in Blue. What made this recording special was that it was produced using the original sheet music that was handed out by Gershwin to his band for an early US tour; along with Gershwin's performance directions as noted by then band member Mitch Miller.