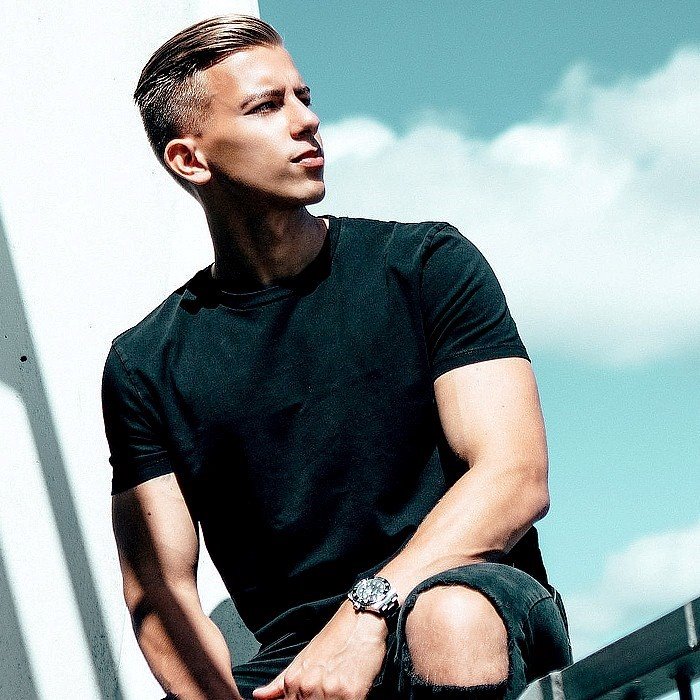 Nick Baas, also known by his stage name Lvndscape (stylicised as LVNDSCAPE), is a Dutch deep house and tropical house DJ and producer signed to Spinnin' Records. Lvndscape remixed some of the biggest names in house and chalked up a huge streaming hit within a year of debuting, all while remaining anonymous. He launched on SoundCloud in 2015 with a "bootleg" remix of Ed Sheeran & Rudimental's "Bloodstream," putting a smooth, tropical, downtempo spin on the stadium drum'n'bass original. The track was immediately popular, garnering nearly half-a-million plays in less than a month. Remixes of Iio's "Rapture" and Redondo & Bolier's "Every Single Piece" followed before Lvndscape's first official label release, a collaboration with Bolier entitled "Ragga" on Spinnin' Records sublabel Source. Two further singles, "Speeches" and the lush, romantic "Waterfalls" (with Holland Park) followed on Source, before Lvndscape transferred to Spinnin' proper, helping Yves LaRock create an updated version of his classic "Rise Up." A collaboration with Cheat Codes, "Fed Up," followed. In June 2016, his biggest hit came when, together with Bolier, he remixed Bob Marley's "Is This Love," reimagining the reggae anthem as a funky, summery, loose-limbed, deep house groover. Music fans voted with their mice, leading to the track racking up a remarkable 15 million streams in just two months.