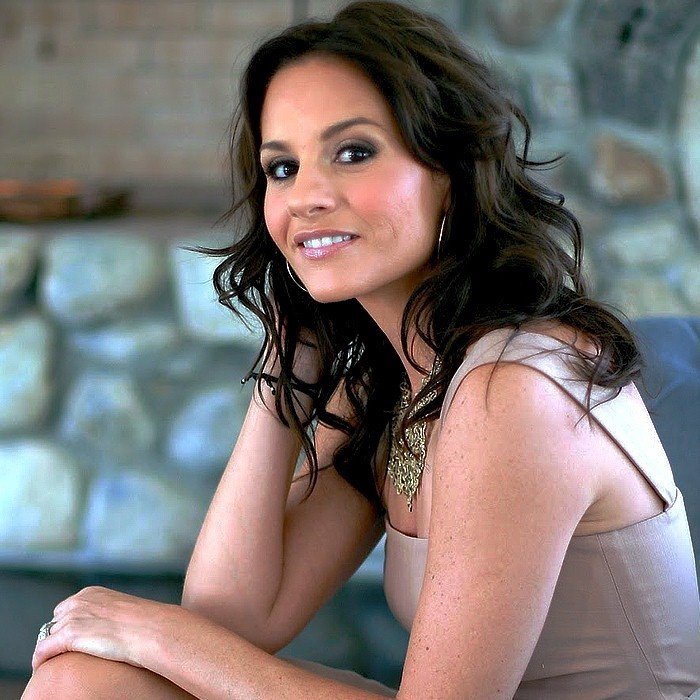 Kara Elizabeth DioGuardi (born December 9, 1970) is an American singer-songwriter, record producer, music publisher, A&R executive, composer and TV personality. She writes music primarily in the pop rock genre. DioGuardi has worked with many popular artists; sales of albums on which her songs appear exceed 160 million worldwide. DioGuardi is a Grammy and Emmy-nominated writer. She's a 2011 NAMM Music For Life Award winner, 2009 NMPA Songwriter Icon Award winner, 2007 BMI Pop Songwriter of the Year, and has received 20 BMI Awards for co-writing the most performed songs on the radio.
DioGuardi has a songwriting catalog of several hundred songs, of which over 300 have been released on major labels worldwide, and over 150 have appeared on platinum selling albums. She has had 50 international charting singles over the course of her career, and her songs have helped propel more than 66 albums into the Top Ten of the Billboard 200. Her songs have been featured in major motion pictures, television shows, film soundtracks, and radio spots, as well as national and international commercial campaigns.
She wrote with Ashlee Simpson for her first and second albums, in 2003 and 2004. She collaborated with Thalía in 2003 for her self-titled album Thalía. In 2004, DioGuardi co-wrote on six of the tracks off Kelly Clarkson's sophomore album Breakaway including Clarkson's hit "Walk Away". She also worked with Christina Aguilera on her album Back to Basics in 2006, co-writing twelve of the thirteen tracks on disc one of the album, among them being "Ain't No Other Man", and "Back in the Day". In the same year, she collaborated with Jesse McCartney on his album Right Where You Want Me, co-writing four songs called "Anybody", "Invincible", "Running Away" and "Feels Like Sunday".
In 2007, DioGuardi worked with many notable artists, one of whom was Britney Spears. DioGuardi wrote and produced "Ooh Ooh Baby" and co-produced "Heaven on Earth" on Spears' album Blackout. DioGuardi also contributed a majority of songs on Hilary Duff's fourth studio album, Dignity.
Since American Idol Season 8, DioGuardi returned to songwriting and producing, and has worked with number of artists, including Pink's "Sober," Kelly Clarkson's "I Do Not Hook Up," Cobra Starship ft./ Leighton Meester "Good Girls Go Bad," Katharine McPhee's "Had It All", Carrie Underwood's "Undo It", and Theory of a Deadman's "Not Meant to Be" among other new releases.
Among DioGuardi's projects is the song "Not Meant to Be", which appears on Theory of a Deadman's 2008 album, Scars & Souvenirs. DioGuardi co-wrote the song with lead singer Tyler Connolly, and is also featured as the love interest in the music video which was released on March 10, 2009. This was her debut in the music video industry.
In 2009, DioGuardi wrote "If I Can't Have You" for Meat Loaf's 2010 album, Hang Cool Teddy Bear and recorded the vocal as a duet with Meat Loaf. She is also one of the writers for "Ghost", which was released as a single from Fefe Dobson's album Joy (2010). She wrote songs for Aussie singer Natalie Imbruglia's third studio album Counting Down the Days.
After taking a break from writing she wrote on Kelly Clarkson's "Heartbeat Song" which was the first single from Clarkson's seventh studio album Piece by Piece (2015). She wrote "Rebel Hearts" for Hilary Duff's Breathe In Breathe Out album in 2015.
DioGuardi served as a judge on American Idol for its eighth and ninth seasons. In 2008, she was appointed to the position of executive vice president of talent development at Warner Bros. Records, and has signed acts such as Jason Derulo and Iyaz. In 2011, she was a head judge on the Bravo singer-songwriter competition series Platinum Hit.