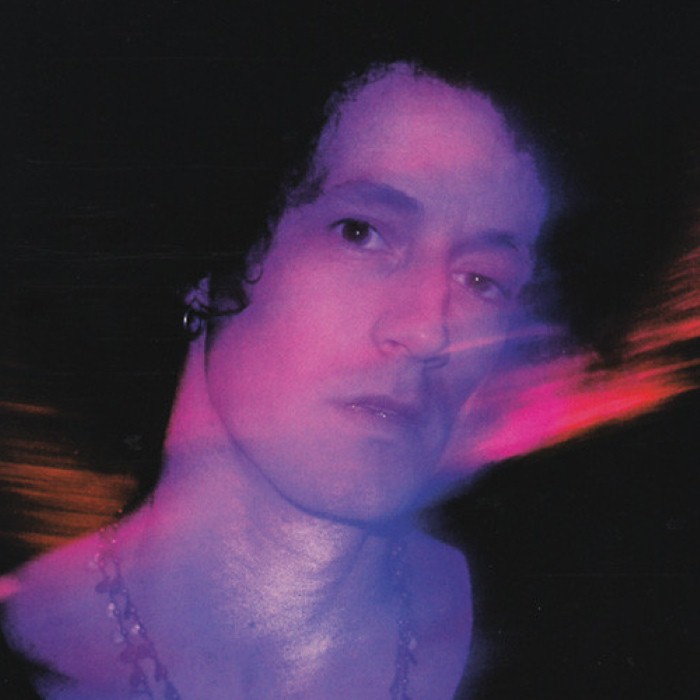 Thanks to Captain Comatose, the world of electronic music has gained two more super heroes - two artists who casually and sexily fuse the very best the different worlds of dance music have to offer: cool soul with funky techno and trashy disco meet pushy electro and housey beats. As disco's last standing band, the duo of Snax and Khan have a role to play, a silence to fill, and they play and fill them well on their most refined effort to date, Up in Flames. How well can you dance with a drink in your hand? How well can you fuck when you're down on your luck? These are the pertinent questions Captain Comatose ask on their new album's title track. The answers lay in the horny clubfuck beat, the bottle of champagne on the table, the scent of poppers spilled on to a black leather couch. The highlight here is probably "My Song," a Motownish march through Nighttown - pure heart and soul. And in case you can't be there to experience it in-the-flesh, they've gone out of their way to include a live jam at the end of the album, documenting the ongoing becoming of these legends in their own time. So go ahead - set the night on fire, drink till you're comatose, dance till your feet fall off, fuck till you die; just make sure you have the appropriate soundtrack.
www.captaincomatose.com

This alone kinda says it all.
If you're not familiar with Khan, all I can say is he really never rests. Born Can Oral (possibly the best name EVER, in my opinion), raised in Frankfurt to Turkish-Finnish parents, Khan is an extremely prolific producer - to put it mildly. Describing him as a restless vagabond is not really quite enough. He's a world resident (currently based in Berlin, after previously residing in New York, Mexico, Cologne and Finland) who has produced electronic music under at least 10 pseudonyms and collaborations (including Bizz OD, 4E, El Turco Loco, Captain Comatose, Kid and Khan). So for his first album for Tomlab, Who Never Rests only begins to explain the persona of Khan, yet at the same time, presents a very complete picture of the musician and man today. Who Never Rests is a celebration of a man who is in full control of his sound and vision. With his previous albums on Matador, the journey was just starting. "1-900 GET-KHAN" was the first chapter of the story. Khan launched the persona of a male hustler, selling himself to the audience by performing in a pair of underpants with "KHAN" stitched on the ass. It certainly got the party started! Then with "No Comprendo", Khan produced a living-homage to the artists that inspired him, collaborating with Diamanda Galas, Andre Williams, Kid Congo Powers, Brigitte Fontaine, Julee Cruise, and Stereo Total's Francoise Cactus. It's a true work of sheer class and innovation. Might sound cheesy, but if you listen to it, you'll get the drift. But then Khan started focusing on collaborations. He toured and produced with Kid Congo Powers (The Gun Club, Bad Seeds, The Cramps) and released "Bad English" (Transsolar). He recorded as Little Annie and The Legally Jammin (with Christian Jendreiko). And he recorded and toured as Captain Comatose ("Going Out" and "Up in Flames") on Playhouse as the last standing disco band: one giant disco party! Now the party isn't really over...it's just mutated into a celebration of Khan. "Honey, it's been a journey to the moon and back..." he sings on "Favor After Favor", and that summarises Who Never Rests pretty well. Khan has lived all over the world, worked with his heroes, started the party and got the T-shirt. Now he's quite literally found his voice. Six years ago, he had other people sing his songs and now it's him - solo. Unashamed. Upfront. Honest.All or nothing. Khan times 20! He's finally worked out where his home is: within himself. For those who have that eternal search for needing to belong, you'll know what he means. He'll never rest because his restless soul is in his blood. A Turkish-Finn, raised in Germany and performs in English? Sure. For Khan, this is who he is. Believe that.
So yet there is another progression in Khan's sound and style. Who Never Rests drips with sleaze and sophistication. There's a party, and Satan's standing in the corner, soakin in sexy sweat, drinking champagne with the gothic bunny himself. ("Take it Out on M", "Strip Down", "On the Run", "Favor After Favor", "U Like 2 Party") Khan's a torch singer in a greasepaint carny clown suit, ready to strap you in and take you to Hell. But don't worry, he'll bring you back in one piece after he has his way with you. ("Who Never Rests", "Hey Lil' Sister", "Excommunication", "The Shining"). Khan's journey is one that isn't about to end so you better just sit back and enjoy the ride. To experience this fully, you need to see Khan at his live finest. He performs solo or in the trio Khan of Finland, featuring Boris Bergmann on piano and Mark Boombastik as human beatbox. Coming to a village of the damned near you... "Will there be gardens? Will there be entertainment all night?" Well, this is Khan, so I should think so...
http://www.khanoffinland.com

From forming an imaginary band called J.P & The Writers at the tender age of 5 with his brother, Paul Bonomo aka Snax has been on somewhat of a musical journey ever since. His various guises have seen him play in high school funk bands in his native Maryland and around Washington D.C., form an art trio/gay punk band called Fagbash in San Francisco, set up Bedroom Productions with Tara DeLong in New York, tour as a keyboardist with the legendary Foetus and Jamie Lidell, establish Captain Comatose with Khan in Berlin, release his debut Snax album on Geneva’s Mental Groove, hook up with Belgium’s Eskimo offshoot Suicide Recordings with Shapemod whilst a new collaboration is soon to appear on Berlin’s esteemed Get Physical imprint alongside Enterplay’s Ianeq. As a multi-instrumentalist performer, producer and DJ we can also add internationalist, collaborator and snake-hipped stage god to Snax’s long musical travelogue.

After various travels that included a two and half year stint with Fagbash in San Francisco, Snax eventually found his way to New York’s East Village in 1995. Concentrating on his ‘DJ Snax’ alter ego, he began making house, hip-hop and whatever else took his fancy. A mix tape brought him to the attention of Tara DeLong and the pair set up Bedroom Productions creating original lo-fi hip hop, whilst Snax cultivated his new live persona. “I used to walk out of my apartment and feel like I was on stage,” comments Snax wryly of the time.

It was here that a set of coincidences also led him to the doors of Khan, with whom he established the band Captain Comatose on the back of two highly rated albums on the Playhouse label, and Jim Thirlwell, who’s influential band Foetus he toured with as keyboardist throughout the states and Europe. “The US tour was pretty cool but the European tour was really cool!” recalls Snax. “It was right after 9/11 and George Bush and I just thought I gotta get out of here.” Having witnessed the blossoming and almost endless party scene in a very fertile and creative Berlin, his decision to distance himself from Mayor Giuliani’s draconian ‘zero tolerance’ crack down was easy. A decision he was soon to comment on the back of p-funk flavored rhythms with his first release for Mental Groove. The first single, ‘No Dancing,’ was infectious as hell and made for the sole purpose of exactly what it stood against.

In 2004, the debut Snax album ‘From The Rocking Chair To The Stage’ followed. Based around a party; before, during and after, Snax’s message of rhythm and vox was clear for all to see, with iDJ calling him “an intuitive songwriter with a scalpel sharp sense of humour” whilst Vice raved “an awesome sing-a-long spectacular…A+ production and next level crooning.” A seven-month, one-man-show tour of Europe followed that winter and along the way, Snax collaborated with the likes of Jamie Lidell, Kaos, Shapemod, Ianeq, Mocky, Peaches and Soffy O.

Since Snax was always very influenced by the dynamic live music of Washington D.C.’s Go-Go scene, its no surprise that his shows are a mixture of provocation, sleaze and fun. He casts himself in the middle as prime minister of what has been dubbed “fist-funk,” and yet can still hit a falsetto high note without breaking strut. “I enjoy running around on stage,” confirms Snax, “and engaging people as much as possible.” Sometimes referred to as an extravaganza, Snax’s live act is pure party energy with a fresh rock’n’roll attitude, uniting dance music head on with the crowd.

Come fall 2006, Snax has a second long-playing album and new single lined up on new Berlin based label TNT. ‘Love Pollution’ and the preceding 12” ‘Immer So’ further develop Snax’s song-writing skills with tales of heartbreak and liberation. “There’s a bit more of a story with ‘Love Pollution’” states Snax. “Its about love, loss, bitchiness and finally redemption. It’s not really just about me. I try to make my songs universal but in a way I’m also reclaiming my own sanity.” With tracks featuring friends such as Gina V. D’orio from Cobra Killer, Halloween Jack, Tara DeLong, and even a little horn section courtesy of Jeff Davidson, the album transcends from electronics to more acoustic elements with consummate ease. And as if to bring Snax’s long-winding musical journey full circle the album even features a Go-Go track. “I’m really excited about that!” enthuses Snax. You should be too.
http://www.snaxonline.org/ Read more on Last.fm. 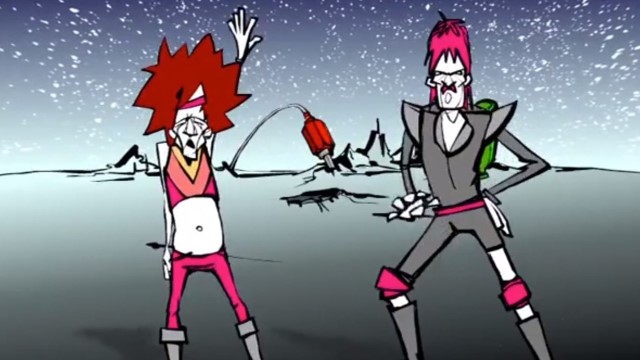