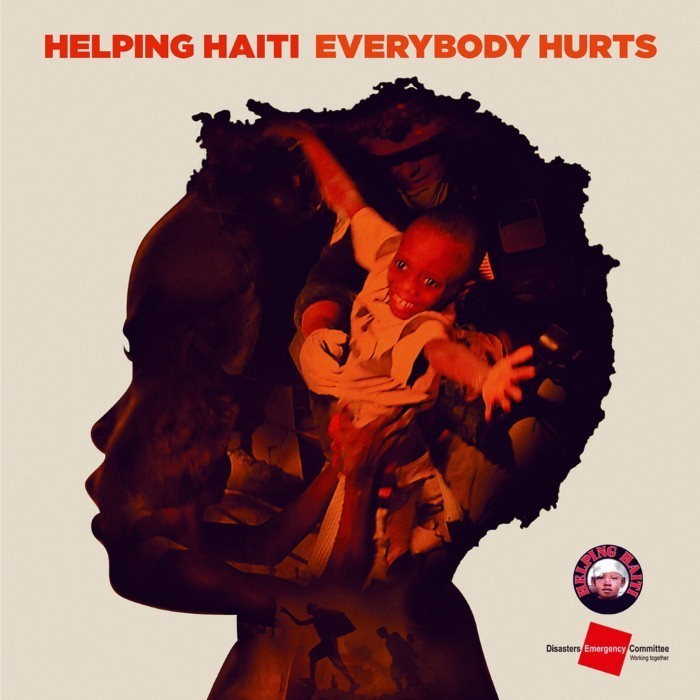 In an attempt to raise money for victims of the 2010 Haiti earthquake, British Prime Minister Gordon Brown asked Simon Cowell to arrange a charity single. Cowell chose "Everybody Hurts", Brown agreed to waive VAT on the single and R.E.M. agreed to waive all royalties. The release was under the name Helping Haiti.
Proceeds from the single were split between The Sun's Helping Haiti fund and the Disasters Emergency Committee.The song was premiered on radio stations nationally on February 2, 2010. The single was released both physically and digitally on February 7, 2010, with the physical release being brought forward by one day due to demand.
It has been reported as having sold approximately 205,000 copies in its first two days in the United Kingdom, and 453,000 in its first week, making it the fastest-selling charity record of the 21st century in Britain.
This cover is also noteworthy for featuring Robbie Williams's first collaboration with Take That since Williams parted ways with the group in 1995, although neither act was present for each other's recording session.
This also marks Jon Bon Jovi's first number-one appearance in the UK Singles Chart.