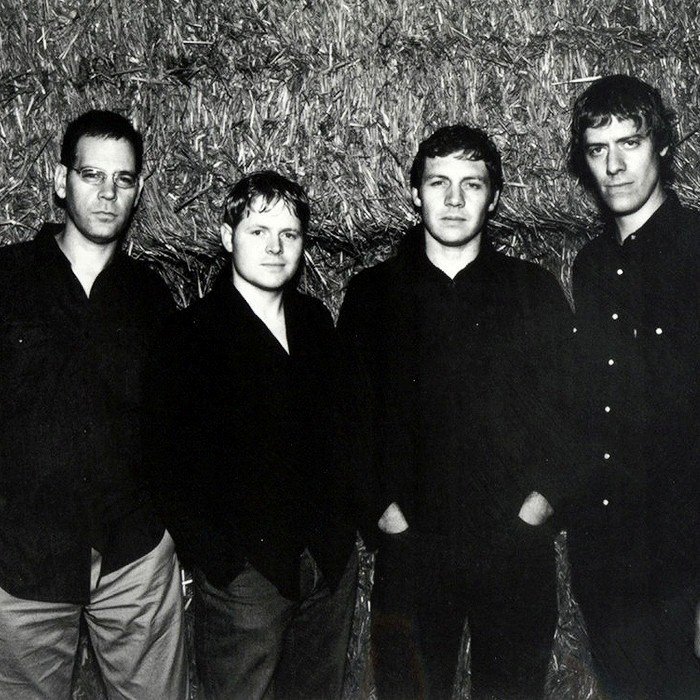 Grand Drive's brothers Danny Wilson (lead vocals/guitar) and Julian Wilson (keyboards) were originally from Australia, but grew up in the stony southwest London suburb of Sutton in the '70s. In school, they met bassist Ed Balch and formed their first group, Soul Green, with several temporary drummers. It wasn't until 1992 that they found a more permanent stickman in Paul Wigens and changed their name to Grand Drive, taking their name from a long, meandering road in South London that connected Raynes Park (where one of the Wilsons lived) with Sutton. Grand Drive's first release was "Tell It Like It Is" (it had originally been recorded in October 1995, but wasn't released until November 1997 as 7" on the Vinyl Junkie label and later reissued on an EP by the Vaclav imprint). The single -- like much of their material, which combines uptempo country-rock with gloriously soulful arrangements -- was named Single of the Week by NME, which called it "one of the most luscious, soul-tugging singles of the year." Julian Wilson, meanwhile, took time off to play Hammond organ for Gene and also appeared on the Drawn to the Deep End album. In May 1998, Vaclav issued Grand Drive's On a Good Day EP as a limited-edition CD and 7" single. Grand Drive then came to the attention of Tom Bridgewater and Mark Rogers' London-based Loose Recordings (launched in 1998 with their genre-defining New Sounds of the Old West alt-country/American compilations). Loose issued their Wrong Notes EP in December 1998 and, in April 1999, compiled their first album, Road Music, from the three previously released EPs and two singles. The group returned to the studio and in September 2000, Loose released their adventurous True Love and High Adventure album. Comprised of 11 new songs boosted with ornate string and brass arrangements, the album -- co-produced by the Wilsons and producer Pete Hoffman -- raised the bar for orchestral country-rock. After its release, Julian moved to Paris to be with his girlfriend and the band had put any plans on hold until RCA Victor purloined the group and signed it to a substantial record deal. The label re-released True Love and High Adventure and Road Music in April 2001. In June, RCA Victor issued the band's Wheels EP. Coming off a hot performance at the annual SXSW music conference in spring 2003, Grand Drive were more than ready to release their stateside debut in May. Grand Drive collects 13 tracks from the band's three previous albums, which were initially available in the U.K.