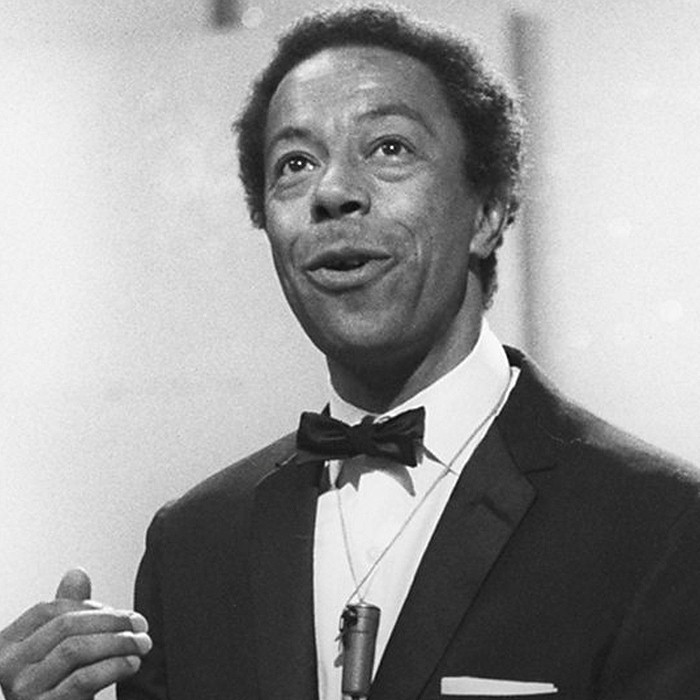 Geoffrey Love (4 September 1917 – 8 July 1991), known as Geoff Love, was a prolific British arranger and composer of easy listening and pop versions of film themes. He became famous in the late 1950s, playing under the pseudonym of Manuel and The Music of The Mountains.
Love was born in Todmorden, West Riding of Yorkshire, the only son and younger of two surviving children (an elder sister Cornelia) of African American Thomas Edward (Kidd) Love and his English wife, Frances Helen Maycock (1892–1975), an actress and singer.
The Loves travelled around Britain as entertainers, but, following the death of his father, the family returned to their grandmother's house in Todmorden. Whilst at school, Love learned the trombone. After leaving school at 15, Love worked as a car mechanic and played trombone at dance halls in the evening. Having turned professional at 17, Love joined Freddie Platt's band.
Later, in 1936, he joined Jan Ralfini's band playing in London and learned to play jazz. With the outbreak of the Second World War, Love was called up and joined the King's Royal Rifle Corps. Whilst in the armed forces, Love spent time learning orchestration by questioning musicians how best to write for their individual instruments.
Love married Cicely Joyce Peters (known as Joy, 1923/4–1993) on 4 April 1942. She worked alongside Love, organising his recording sessions and accounts. They had two sons, Adrian (1944–1999), who became a well-known radio presenter, and Nigel (1947–2013).
Following his release from the army, Love became a freelance trombonist and arranger, and also played with Stanley Black's BBC orchestra. He also developed his orchestration through the tutelage of the harpist Marie Goossens.
In the early 1950s, along with saxophonist Harry Gold, his brother Laurie Gold and pianist Norrie Paramor, Love was a member of the 'Pieces of Eight' playing Dixieland jazz.
Although Love continued to play trombone at recording sessions (for example with bandleader Lew Stone), he was doing more and more orchestral arrangements. His arrangements were played by the Cliff Adams Singers, Ambrose and Ken Mackintosh dance bands, as well work for television and radio orchestras.
By the mid-1950s Love was writing for several recording labels - moving from Philips to Polydor and PolyGram before finally settling at EMI. Whilst at the HMV label he arranged for Frankie Vaughan and Alma Cogan among others. Whilst working at Columbia, he arranged Laurie London's gospel song "He's Got the Whole World in His Hands", a 1957 chart topper in the US.
In the late 1950s, playing under the pseudonym of 'Manuel and his Music of the Mountains', Love's created his Theme from Honeymoon (1959) which proved popular in the UK. His attempt to keep his identity secret whilst playing as 'Manuel' was impossible due to success, especially in the US in 1959 and 1960.
In 1959 he and his orchestra recorded an album with British singer Shirley Bassey named 'The Fabulous Shirley Bassey'. It was her first album for the Columbia label.
In 1964, "Geoff Love's Music" backed the British rock duo Peter and Gordon on their first two hit singles (both written by Paul McCartney), the UK and US No. 1 hit "A World Without Love" and the top 15 hit "Nobody I Know".
During the 1960s and into the 1970s, Love recorded many albums for MFP, often featuring film or television themes such as: Big Western Movie Themes (1969), Big War Movie Themes (1971), Big Suspense Movie Themes (1972), Your Top TV Themes (1972), Big Terror Movie Themes (1976) and other instrumental and disco music. Big Bond Movie Themes (1975) featuring a selection of instrumental versions of music and songs from the James Bond film series from Dr. No up to The Man with the Golden Gun (including Burt Bacharach's Casino Royale from the 1967 spoof Bond film) has since become one of Love's most sought after MFP albums. One of these MFP sets was called Glad with Love – which featured the pianist Mrs Mills and Geoff Love on a sing-along together – with studio audience participation. One of Love's most recognised arrangements was Rodrigo's Guitar Concerto De Aranjuez (Theme From 2nd Movement) by Manuel and the Music of the Mountains.
Love appeared on television with pianist Russ Conway and became well known for working alongside singer-comedian Max Bygraves. He was also a prolific composer, writing the theme music for the ITV sitcom Bless This House. Love also made some recordings as a vocalist.
In the early 1980s, Love was the co-founder (with Bill Starling) of the Young Person's Concert Foundation. He travelled the country with this charity promoting music to schools and other venues. In the late 1980s, Love became involved with several brass bands.