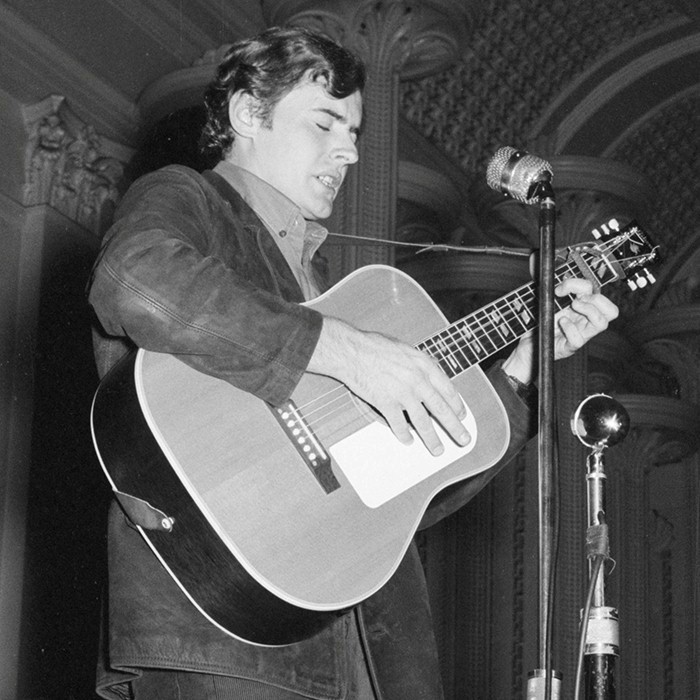 Gary Rhett Shearston (9 January 1939 – 1 July 2013) was an Australian singer and songwriter who was a leading figure of the folk music revival of the 1960s. He was notable as a performer of Australian traditional folk songs in an authentic style. He scored a Top 10 hit in the United Kingdom in 1974 with his cover version of the Cole Porter song "I Get a Kick out of You".
Having taken up guitar, Shearston learned a repertoire of English, American and Australian folk songs and at 19 become a professional singer. He worked in hotels and sang at The Folksinger and with the American gospel and blues singer Brother John Sellers. In 1962 Shearston signed with Leedon Records and the following year was signed to the Australian division of CBS Records by A&R manager Sven Libaek. In March 1965 Sydney radio stations started playing a track from his album Australian Broadside. His single "Sydney Town" hit the Top 10 in his home city. In 1966 and 1967, he became Australia's biggest record seller of folk music. He had his own national television show called Just Folk and Peter Paul and Mary recorded a cover of his "Sometime Lovin'". They also invited him to go to the United States. He spent a year in London and then four years on the east coast of the United States. In 1972 he returned to England and rerecorded some songs for the album Dingo. The song which attracted most attention was his deadpan interpretation of Cole Porter's "I Get a Kick out of You". In 1990 he received the Tamworth Songwriters' Association's Bush Ballad of the Year award for the autobiographical song "Shopping on a Saturday".
Shearston returned to Australia in 1989 and later became a priest in the Anglican Church of Australia in rural New South Wales.