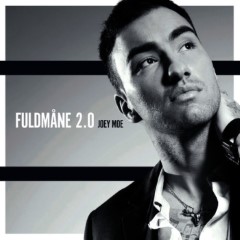 Joey Moe got the big breakthrough on the Danish pop, soul and rnb scene in autumn 2005. With his first single, "Flip it (Like a DJ)", he stroke to the top of the Danish clubchart in 3 months. The single followed up by his debut album MoeTown.

Joey Moe is born in Copenhagen, but grow up in Amager, where he still lives today. In primary school, he quickly god spotted as a big singing talent, and theremove to the music grammar school Skt. Annæ in Valby.
Music has always been his life, and song and music is in the blood of him. It is innate, like it has been for several generations of family Moe. His mother is Lupe Moe, who together with his sister Lei Moe has recorded and play for many Danish musicians.
Read more on Last.fm.