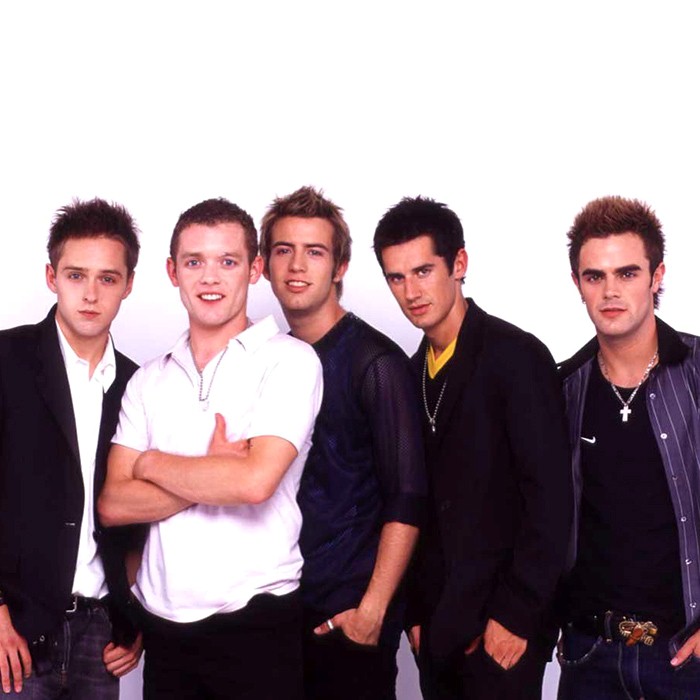 D-Side were an Irish boy band established in 2001, by twins Rory and Eoghan MacSweeney and they were signed to Edel Records. Edel brought in Kim Glover to manage the band after her success with New Kids on the Block, Ant & Dec (as PJ & Duncan), B*Witched and Let Loose. Glover secured their entry into Japan getting them a recording contract with Avex and worked with them until the end of 2004. They had some success in Japan, the United Kingdom, and Europe, winning 'Best New Band Award' at the Smash Hits Tour in 2002.
The band was made up of 5 members, ,[Damien(Dane)Guiden, Derek Moran, Damien Bowe and Shane Creevey. They have had three Top 10 singles in the UK/Ireland and some around Europe. While smashing the Japanese chart hitting no.1. Support Blue, Westlife and many other bands on tour during 2001 and 2002, before headlining their own fantastic live shows. As well as being involved in many Charity events such as Soccer Magic, Soccer 6, Children in Need and ChildLine. Many achievements along the way always great entertainment on when on radio and tv. In 2006 D-Side took part in international contest "New wave" in Urmala. They released a total of three albums in Japan, as well as a greatest hits compilation. They were signed to the Japanese record label, Avex and managed by John Black at Black Gold Management. With better management what could have been for these very individual talented lads that had something special when they came to song and perform together.