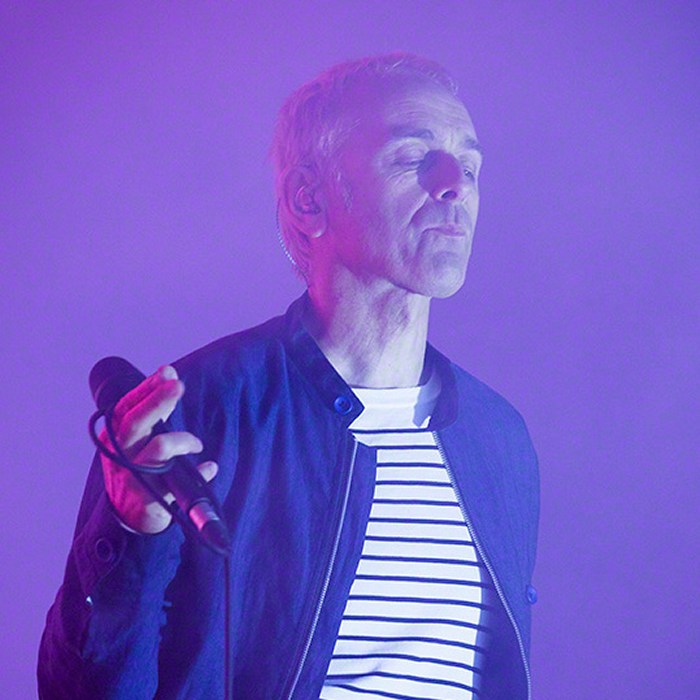 Karl Hyde (born 10 May 1957) is an English musician and artist. He is a founding member of British electronic group Underworld. Hyde has also released a solo album, made albums with Brian Eno and Matthew Herbert, and contributed towards the score for the London 2012 Summer Olympics Opening Ceremony alongside Rick Smith.

He is a founding member of the multi-discipline design and film collective Tomato and has published several books.

Career
Hyde moved to Cardiff in the late 1970s to study at Cardiff College of Art. There he formed the new wave-synthpop band Freur in 1982 with Rick Smith and Alfie Thomas. The band released two albums, Doot-Doot and Get Us out of Here, before relocating to Essex, and renaming themselves Underworld. They have continued to make music since.

He contributed towards the score for the London 2012 Summer Olympics Opening Ceremony, alongside Underworld's Rick Smith who was the ceremony's Musical Director.

In January 2013, Hyde announced the release date for his debut solo album, Edgeland. It was released worldwide on 22 April that year through Universal. It was co-produced by Leo Abrahams.

In 2014, Hyde collaborated with English musician and record producer Brian Eno on the album Someday World, which was released on Warp. The first single from this album, "The Satellites", was released in March 2014. Within weeks of the album's release, it was announced that a second album, High Life, would be released on 30 June (1 July in North America), also through Warp.