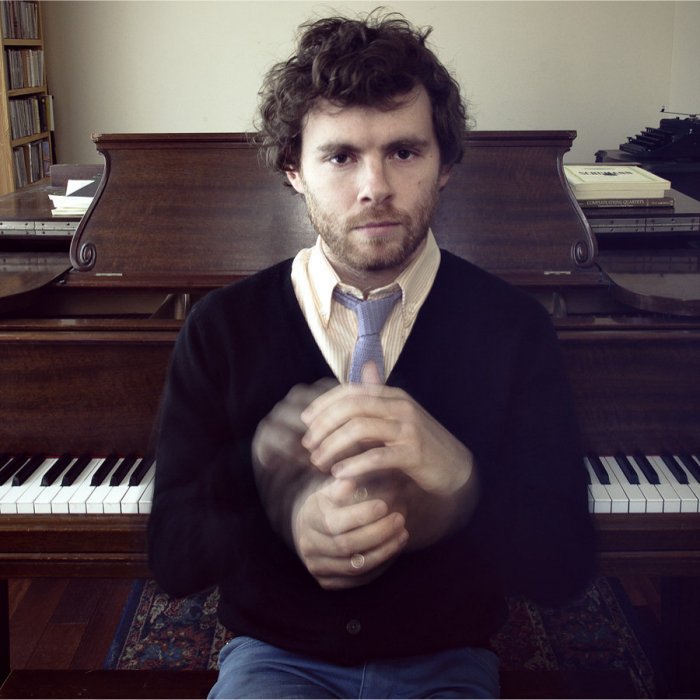 Born at home in 1981 (midwife, Venice Beach), singer, pianist, and composer Kahane was reared in medium-sized cities on both coasts of the continental United States by a psychologist mother (relational) and concert pianist father (unaffiliated). While a convenient and tidy psychological reading might suggest that his hybrid of blistering, chromatic counterpoint and traditional singer-songwriting belies some sort of defiance of the classical environment in which he was raised, Kahane would no doubt argue that such theories are half-baked. “They were listening to Joni Mitchell too!” he retorts. And yet, Kahane’s work defies classification through his sonically challenging, emotionally resonant, yet deeply accessible music.

After an uneventful childhood marked by the quotidien, in which Kahane found himself singing in operas in Germany, competing in international chess tournaments, and obsessively compiling baseball statistics, the young man discovered a pair of rickety Martin guitars in the attic of his parents’ Tudor home on Cobbs Hill Drive. Experiments ensued, though they would give way to a fascination with the piano toward the end of Kahane’s high school years.

Fast forward to 2008. It’s a historic moment in American politics, with a septuagenarian running against an African-American for the most hallowed office in the United States. In a more modest sense, it’s also a historic moment because it is the year in which Kahane’s debut record was released (September 16, to be exact).

Recorded primarily in March and April of 2008 in Seattle, Hoboken, and two Boroughs of New York City, the album is a testament to Kahane’s catholic musical pursuits. With twenty musicians supporting him, Mr. Kahane’s debut offers snippets of string quartets juxtaposed with strummy strum folk song, brass chorales right beside jangly piano pop, and yet, he would argue, it’s very much of a piece, an album meant to be heard as a whole.

Kahane’s best known work, Craigslistlieder (2006)-- an eight movement song cycle which comprises settings of anonymous classified ads from craigslist.org—has been heard in venues ranging from the dankest bars of the Lower East Side to Carnegie Hall, in a recital by critically-acclaimed baritone Thomas Meglioranza. The summer of 2008 witnesses the premiere of Kahane’s For The Union Dead, a new song cycle on poems by Robert Lowell for chamber ensemble, at the Verbier Festival in Switzerland.

Among his varied credits as a performer, Kahane has appeared in recital with Grammy winning bass-baritone Thomas Quasthoff throughout Europe, toured the Schumann Piano Quintet with the Mark Morris Dance Group, and accompanied violinist Hilary Hahn in the slow movement of the Sibelius Violin Concerto in yet another dirty bar on the Lower East Side of Manhattan. He has shared the stage with indie-rock luminaries My Brightest Diamond and Luke Temple, and has recorded with Sufjan Stevens and former Nickel Creek front-man Chris Thile.

Much in demand as a composer of chamber music, Gabriel is currently completing solo piano commissions for pianists Natasha Paremski as well as for his father, Jeffrey Kahane. An evening-length work exploring his family's genealogy and journey from Germany to the United States will premiere in the fall of 2009 in Los Angeles and New York.

The play within a play?

An avid theatre artist, Kahane has collaborated extensively with the Obie-winning New York City-based downtown theatre company Les Freres Corbusier, serving as musical director for a number of their productions including Hell House, A Very Merry Unauthorized Scientology Pageant, and the Los Angeles production of Bloody Bloody Andrew Jackson. In addition, the composer was recently commissioned by the Signature Theatre in Arlington, Virginia to write an evening length work for their American Musical Voices Project, and is also the recipient this year of a new fellowship through the Shen Family Foundation and the Public Theater with the aim to create and develop new work. Read more on Last.fm. 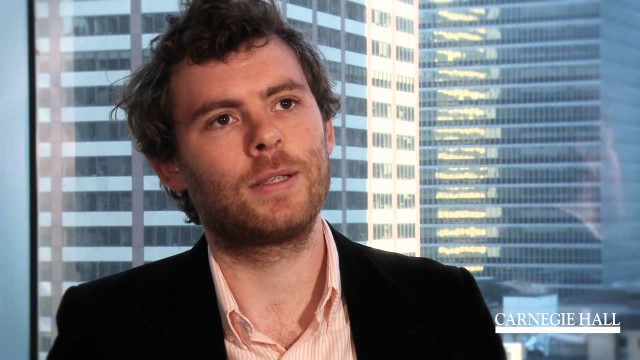