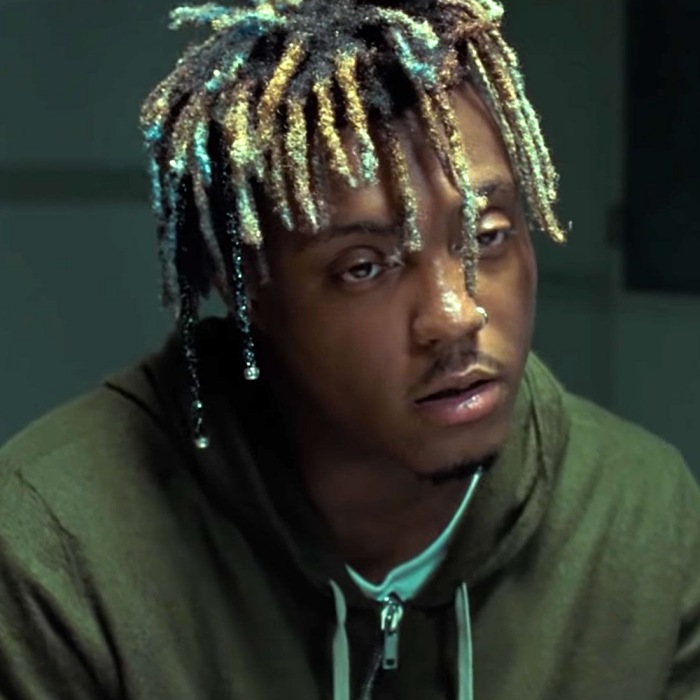 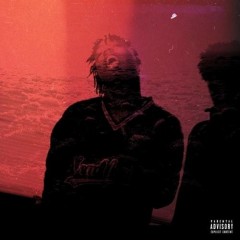 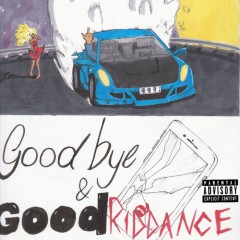 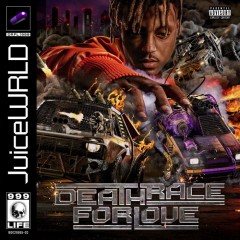 Jarad Higgins (born December 2, 1998), better known by his stage name Juice Wrld (stylized as Juice WRLD and pronounced "Juice World"), is an American rapper, singer and songwriter from Chicago, Illinois. He is primarily known for his breakout hits "All Girls Are the Same", "Lucid Dreams", and "Legends".

Early life
Jarad Higgins was born on December 2, 1998 in Chicago, Illinois. He later moved to Homewood, Illinois, and attended Homewood-Flossmoor High School. Higgins' parents divorced when he was three years old and his father left, leaving his mother to raise him as a single mother alongside one older brother. Higgins' mother was very religious and conservative, not letting Higgins listen to hip-hop though allowing Higgins to listen to rock and pop music he found on video games such as Tony Hawk's Pro Skater and Guitar Hero, introducing Higgins to artists such as Billy Idol, Blink 182, Black Sabbath, Fall Out Boy, Megadeth, and Panic at the Disco.

Higgins was a heavy drug user during his childhood and teens. He began drinking lean in sixth grade and using percocets and xanax in 2013. Higgins also smoked cigarettes, quitting in his last year of high school due to health issues and now only smokes cannabis.

He first learned to play the piano at four years old, being inspired by his mother who later began paying for lessons, followed by guitar and drums. Higgins also played trumpet for band class. Higgins began to take rapping seriously in his sophomore year of high school.

Career
Higgins began to develop himself as an artist in his freshman year of high school. His first track, "Forever", was released on SoundCloud in 2015 under the name JuicetheKidd. Higgins recorded a majority of his first tracks on a cellphone, uploading them to SoundCloud in his sophomore year. His name changed from JuicetheKidd, a name inspired by his affection for rapper Tupac Shakur and his part in the film Juice, to Juice Wrld because it "represents taking over the world."

His first track produced by his current producer Nick Mira, "Too Much Cash", was released in 2017. While releasing projects and songs on SoundCloud, Higgins worked in a factory, but was fired within two weeks after finding himself dissatisfied with the job. After joining the internet collective Internet Money, Higgins released his debut full-length EP, 9 9 9, on June 15, 2017, with the song "Lucid Dreams" breaking out and growing his following.

In December 2017, Higgins released the three-song EP Nothings Different. It was featured on numerous hiphop blogs, such as Lyrical Lemonade, which helped Higgins's track "All Girls Are the Same" gain popularity. In February 2018, a music video directed by Cole Bennett was released. Following the release of All Girls Are the Same's video, Higgins was signed to Interscope Records for $3,000,000 and a remix featuring Lil Uzi Vert was previewed. "All Girls Are the Same" was critically praised, receiving a "Best New Music" designation from Pitchfork. This song and "Lucid Dreams" were Higgins's first entries on a Billboard chart, debuting at number 92 and 74 on the Billboard Hot 100 respectively.

In May 2018, "Lucid Dreams" was officially released as a single and given a video. It has since peaked at number two on the US Billboard Hot 100 and quickly became one of the biggest streaming songs of 2018. Higgins released his first studio album, Goodbye & Good Riddance, on May 23, 2018. On June 19, 2018, he released a two-song EP, Too Soon.., in remembrance of and dedicated to deceased rappers Lil Peep and XXXTentacion, the latter of whom was killed in a homicide case relating to robbery a day earlier. The song "Legends" from that EP charted under its debut at number 65.

Higgins's first single as Juice WRLD featuring a collaboration was released on July 10, 2018, titled "Wasted" featuring Lil Uzi Vert. The song was added to Goodbye & Good Riddance and debuted at number 67 on the Billboard Hot 100. The day following Higgins announced he was working on his next album. Following a series of leaks, Higgins' producer Danny Wolf released "Motions" on SoundCloud, giving the song an official release. On July 20, 2018, Higgins announced his first tour, "WRLD Domination" with additional acts YBN Cordae and Lil Mosey.

Higgins was featured on Travis Scott's Astroworld featuring on the song "No Bystanders" which peaked at number 31 on the Billboard Hot 100. He also had his first late night television debut performing the song "Lucid Dreams" on Jimmy Kimmel Live! on August 8, 2018.

Higgins music has been branded as "emo" and "rock" leaning, "genre-bending" with music focusing on having a "every broken heart, every wounded feeling."

In June 2018, Higgins was involved in an incident where he fell off a motorcycle, though he only tumbled off and was safe following the incident. 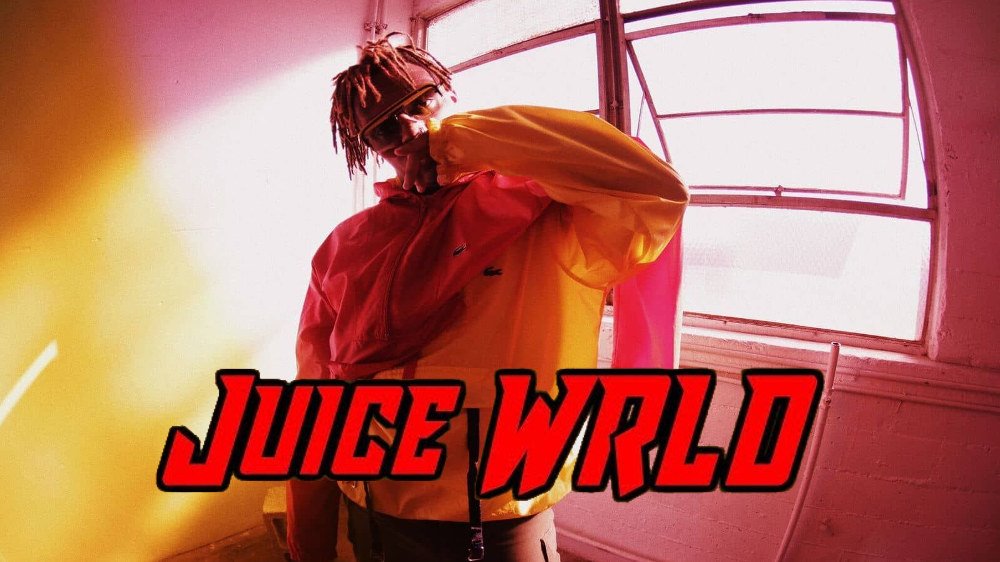 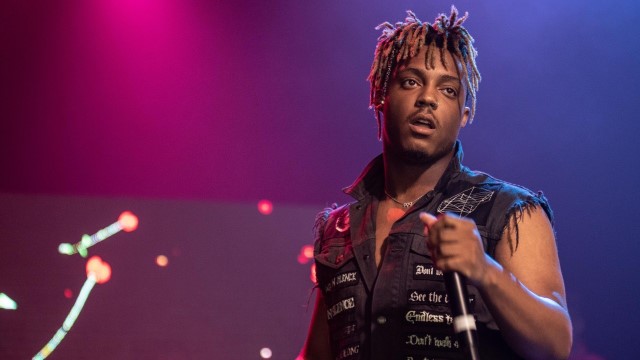 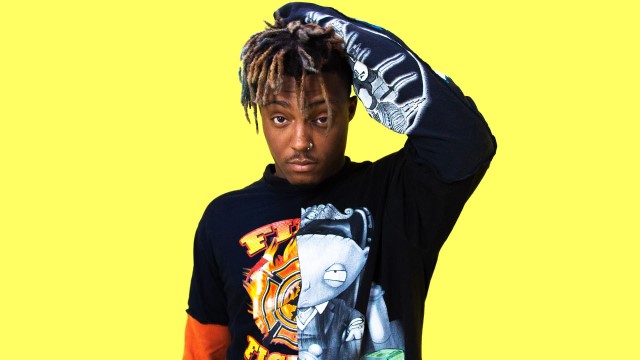 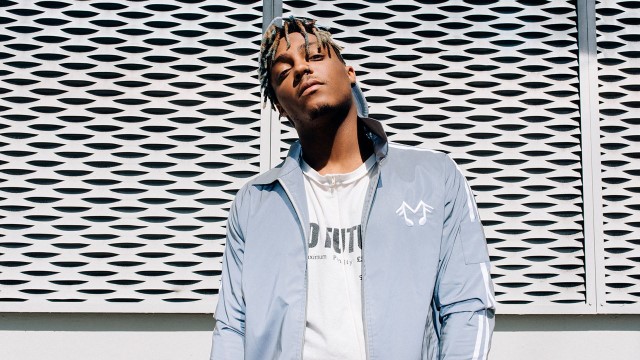