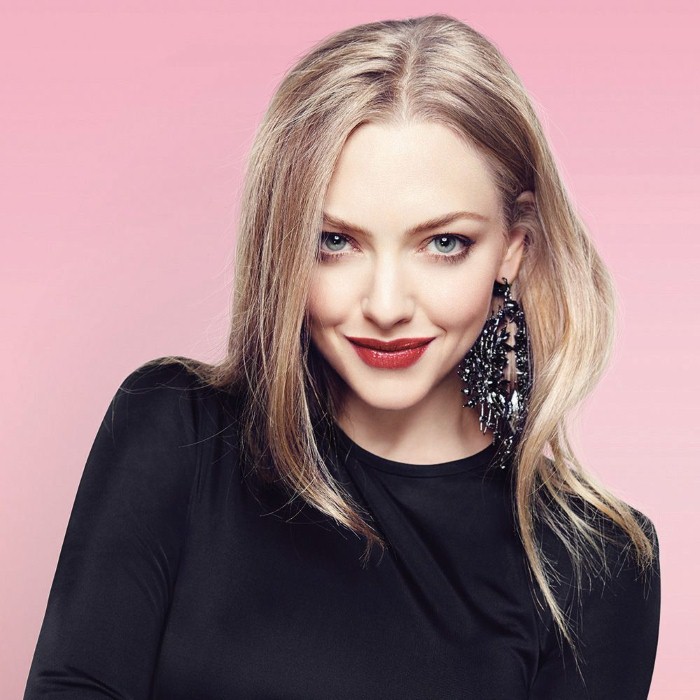 Amanda Michelle Seyfried (born December 3, 1985) is an American actress and former child model. She is known for her roles in the feature films Mean Girls, Mamma Mia! and Alpha Dog, and in the television shows Veronica Mars and Big Love.

Seyfried was born in Allentown, in the Lehigh Valley region of Pennsylvania. She is a 2003 graduate of Allentown's William Allen High School and was enrolled at New York City's Fordham University. As a teenager, she appeared on the cover of three Francine Pascal books.

Seyfried started her career as a model at age 11. From there she went on to acting in the daytime drama The Guiding Light. In 2000, she originated the role of Lucy Montgomery on As the World Turns. From 2002 to 2003, she played the role of Joni Stafford on ABC's All My Children.

In 2004, Seyfried achieved a breakthrough when she was cast as the most dimwitted of the "Plastics", Karen Smith, in the popular teen film Mean Girls. In Mean Girls, she initially auditioned for the role of Regina. She became the original casting choices for both the roles of Regina George and Cady Heron.[citation needed] She was then cast as Regina's sidekick, Karen Smith. (The other roles later went to Rachel McAdams and Lindsay Lohan respectively.) In 2005, she played the lead character in one of the nine parts in the movie Nine Lives.

Continuing her television career, Seyfried was cast in UPN's Veronica Mars as the title character's murdered best friend Lilly Kane. In her role as Lilly, she appeared on the show through a series of flashbacks, dreams and visions, which portrayed her as a wild, stylish, and bubbly teenage daughter of a business executive. Lilly is sometimes compared to the character of Laura Palmer of Twin Peaks, who also was deceased and appeared through various flashbacks as the plot unfolded. While appearing often during Mars' first season, she also appeared briefly in season 2's premiere and finalé. Seyfried originally auditioned for the title role on Veronica Mars, but lost the place to Kristen Bell and ended up winning the role of Lilly Kane.

She played supporting roles in the 2007 films Alpha Dog and Solstice. Seyfried co-starred alongside Meryl Streep in Mamma Mia!, a romantic comedy film adaptation of the 1999 musical of the same name.[3] Mamma Mia! was Seyfried's first leading role. The film was the fifth highest grossing film of 2008 and, as of March 2010, is the 49th highest grossing film of all time. Her musical performance in Mamma Mia! was released on the film's soundtrack, for which she recorded five songs. As part of promotion for both the film and its soundtrack, Seyfried recorded a music video of the song, entitled "Gimme! Gimme! Gimme! (A Man After Midnight)".

In March 2008, Seyfried was cast in the comedy horror film Jennifer's Body. In the film Seyfried was cast as Anita "Needy" Lesnicki, the title character's best friend. The film, which premiered at the 2009 Toronto International Film Festival and was released to theaters on September 18, 2009, received mixed reviews from critics.

The same year she was cast in the comedy-drama independent film "Boogie Woogie. She played Paige Prideaux, one of the lead roles in the ensemble movie. The movie was originally shown on June 26, 2009 at Edinburgh International Film Festival and was officially show in US theaters April 25, 2010.

On February 22, 2009, Seyfried presented an award and performed at the 2009 Annual 81st Academy Awards ceremony.In early March 2009, director Zack Snyder had tapped Seyfried to portray the lead role Baby Doll in Sucker Punch, but Seyfried had to drop out of the film due to scheduling conflicts with her HBO drama Big Love

Seyfried co-starred alongside Channing Tatum in Dear John, the film adaptation of the novel of the same name that was written by Nicholas Sparks. The film was released on February 5, 2010, and received generally negative reviews, Seyfried has wrote and recorded "Little House", a song which appears on one of the official soundtracks of Dear John. Despite the reviews, Dear John became the first film to break up Avatar's box office reign at number one at the United States box office and grossed $80 million in the US theatrically.

Seyfried appeared as the title character in the erotic thriller Chloe, theatrically released by Sony Pictures Classics on March 26, 2010. Chloe originally premiered at the Toronto Film Festival in September 2009. In the film, Seyfried's character is a woman who is hired to test a husband because his wife feels that she cannot trust his fidelity. The film was in limited release, but grossed $3 million in the US theatrically and became one of the higher-grossing specialty films in the US in 2010. Her performance in the film also received favorable reviews from critics. Before Sony Pictures Worldwide Acquisitions Group bought the rights of the film for United States release, the film received nominations in 2009's Film Festivals. Award nominations include: London Film Festival, San Sebastián International Film Festival, and Toronto International Film Festival under the category of Film Presented.

Later in 2010, Seyfried starred in the romantic-comedy film Letters to Juliet, based on the book by Lise and Ceil Friedman. In 2010, Seyfried received an award and was named "Showest Breakthrough Female Star of The Year". She also won the "Scared-As-S**T" category for her performance in Jennifer's Body and was nominated for Best Female Performance for her movie Dear John, at the 2010 MTV Movie Awards. Also in 2010, she was included in Forbes's "The 17 Stars To Watch" list, received 3 nominations in the Teen Choice Awards for Choice Movie Actress Drama and Choice Movie Chemistry with her co-star Channing Tatum for their movie Dear John'. Seyfried was also nominated for Choice Movie Actress Romantic Comedy for Letters to Juliet.

In late January 2009, she became attached to appear in Myriad Pictures' adaptation of Oscar Wilde's comedy A Woman of No Importance. The film is set to be released in 2011. However, 2010 reports indicate that the film might not happen due to lack of financing. Although it was confirmed in 2009 that she would appear in the movie Albert Nobbs, it was reported in late 2010 that Mia Wasikowska is replacing Amanda Seyfried with unspecified reason.

Seyfried will play the lead role of Valerie in Catherine Hardwicke's Red Riding Hood. The movie is set for release on March 11, 2011. Late 2010, Seyfried was considered to play as Daisy Buchanan in the upcoming movie adaptation of The Great Gatsby, but the role went to Carey Mulligan. Read more on Last.fm. 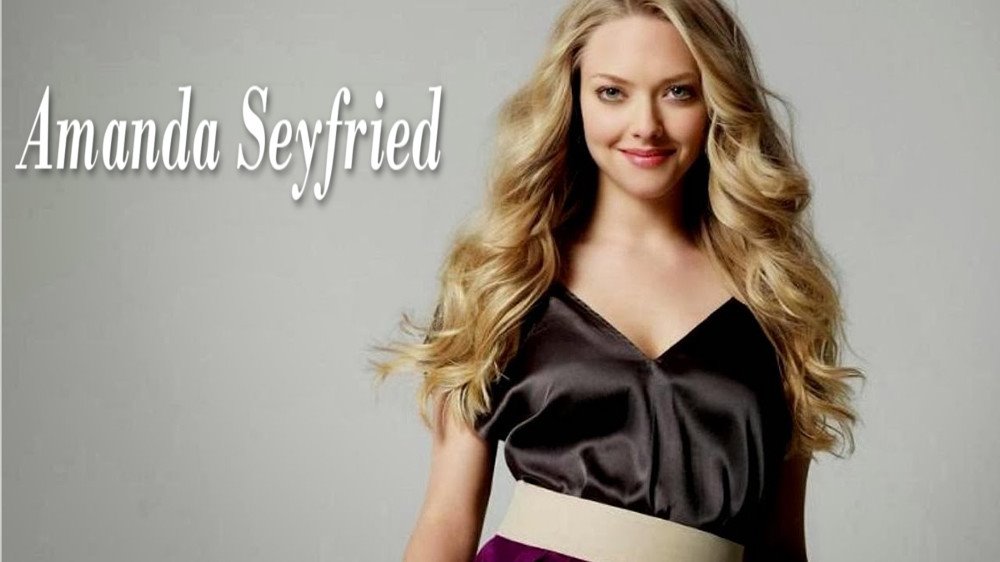 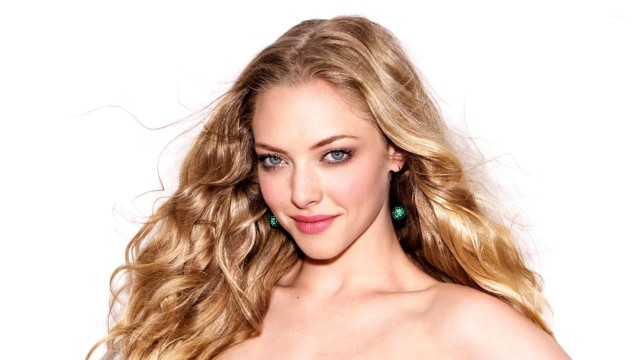 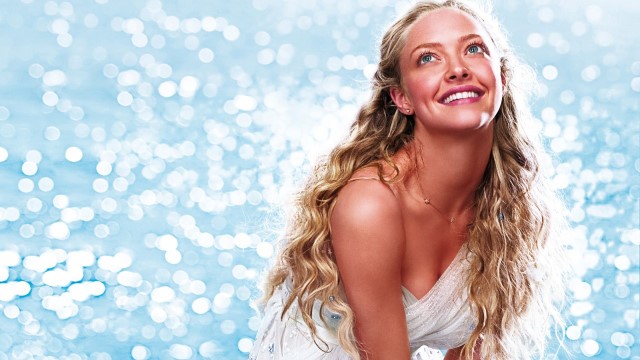 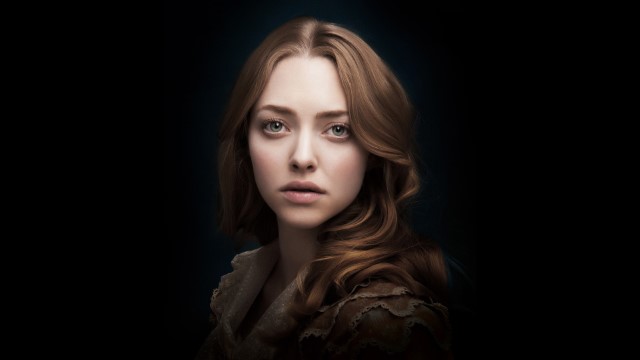