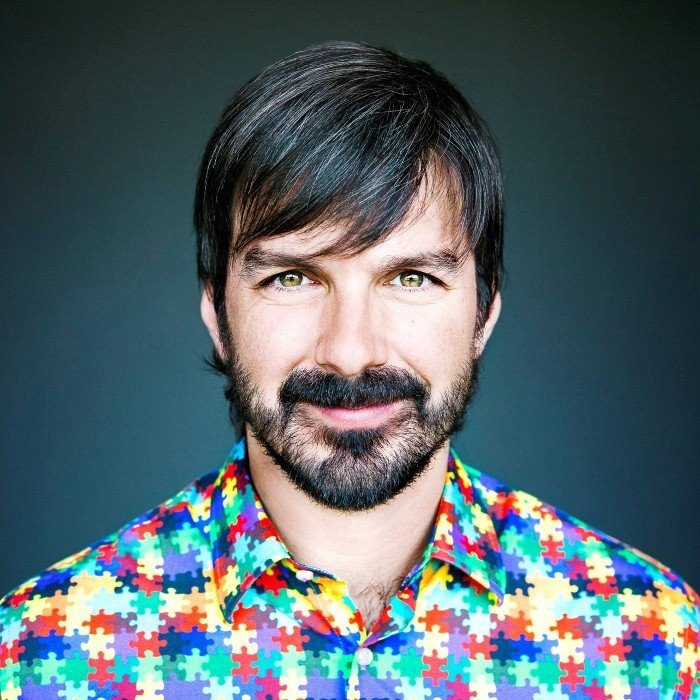 Damien Robitaille (born 1982) is a french musician from the small town of Lafontaine, Ontario.

Robitaille started his music career at a young age, when he started playing the piano when he was eight years old, and later in his childhood he learned to play such instruments as the trumpet, guitar and violin. Later on, Robitaille attended the Wilfrid Laurier University in Waterloo to study classical music. While at Sir Wilfried Laurier, he was a member of the rock band The Mezameeze (made to sound like "Mes Amis" in french, meaning "My Friends"). Halfway through his university career he was a finalist in Ontario Pop, a franco-ontarian competition, in which he won a scholarship to attend a one year program at "L'Ecole Nationale de la Chanson" in Granby, Quebec. In 2004, Robitaille played at the Festival de la chanson de Granby (Granby Song Festival) in Granby, Quebec in which he was a finalist. This festival, as well as the Francouvertes festival in Montreal, Quebec where he won first prize, helped Robitaille become a successful musician in Quebec. Robitaille performs the vocals, guitar and piano for all of his songs.

In 2006, Robitaille released his first full length album titled L'homme qui me ressemble (The Man Who Looks Like Me). The title is a reference to the duality of being a performer having to take on a persona, which is a large part of Damien's act. Also, as he was starting his career he went only by his first name until a few months before his CD release, at which time a rapper who went by the name Damien had a top ten hit, forcing him to go with his full name to avoid confusion. Read more on Last.fm.