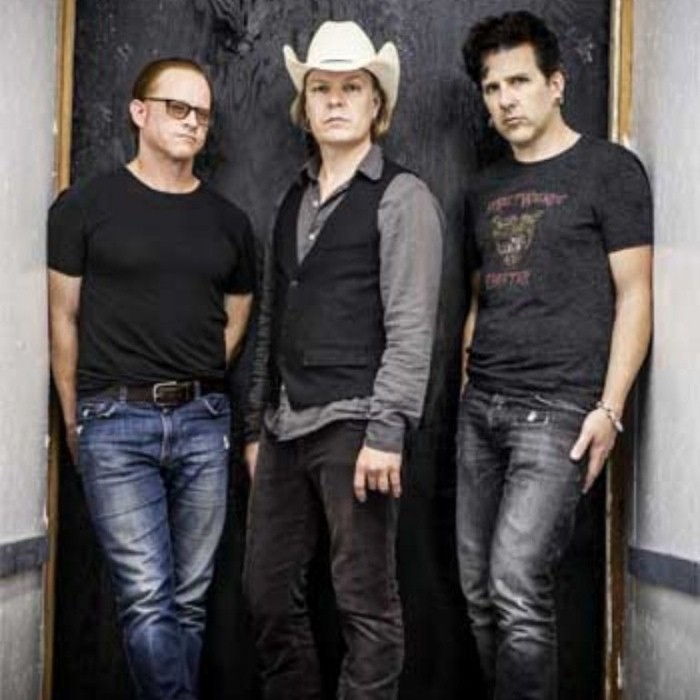 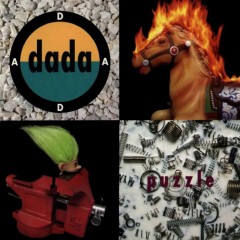 There are at least six artists that use the name Dada: a '90s USA rock band, an English dance artist named Matti Schwartz, a '70s Japanese electronic band, and a short-lived Jazz-fusion band in 1970, MC/producer and Lithuanian rapper/

In 1992, Dada exploded on the scene with their critically acclaimed debut release Puzzle on Miles Copeland’s now defunct IRS Records. The single "Dizz Knee Land" set the alternative radio movement - just then hitting its stride - on fire, and quickly migrated to mainstream rock and pop stations. Puzzle sold over a half million copies and made a number of critics' "best of year" lists. September 1994 saw the release of American Highway Flower which had a harder feel both musically and lyrically than its predecessor, reflecting the band's evolution from a studio to a touring band.

Money problems at IRS cut short promotional efforts in February 1995. Dada fared no better commercially with their third release - El Subliminoso in April 1996 - than they had with earlier releases. IRS Records was on its last legs by this time, and folded just as the band was winding up the first leg of the album tour. The exquisite El Subliminoso was perhaps the group's most artistically complex and satisfying offering.

The band signed to MCA Records in 1997, and released their self-titled fourth CD dada. This CD received favorable reviews, as did a 33-city headlining US tour. As the band was in mid-tour to promote the album however, MCA’s parent company was sold, leading to wholesale roster changes at the label.

From June 1999 until March 2003, Dada was on a self-imposed hiatus. During this time, Michael Gurley and Phil Leavitt went on to form the critically acclaimed Butterfly Jones, Leavitt performed regularly with The Blue Man Group and Joie Calio began working as an A&R scout for MCA, wrote a book & recorded and released his solo debut CD, The Complications of Glitter.

March 2004 brought the release of the band’s fifth studio effort, [i/]How To Be Found. This album is an infectious collection of songs that is classic Dada: smart, sharp lyrics, undeniable melodies and incredible musicianship.

We’re not sure how many - if any - pre-surrealist art movements from the early 20th century have impacted on the world’s club scene, but the Dada movement’s aesthetic carries through to this cheeky, funk-fuelled slab of prime electro-house. ‘Lollipop’ is the work of Matti Schwartz, formerly of chart-toppers Deepest Blue and The Drill, and the production genius who can count Massive Attack, and many more, as past projects. Super-cool girl Trix, from hotly tipped electro-punk band, LIPS, is joined on vocals by dance legend, Sandy Rivera (of Kings Of Tomorrow fame and the producer of the house anthem, ‘Finally’).

‘Lollipop’ began life as an instrumental. Sandy, who was working next door to Matt’s studio, heard the track by chance: "It sounded amazing. It had a really sexy vibe and I thought it could use some dirty, tricky vocals with my style on it. Earlier I was listening to some of Trix's songs and asked Matt if she wanted to do the Lollipop thing with me. So I laid down the lyrics and Trix added her lines in later. There is something about lickin' ice cream that fits me nicely…" Less than a week later and the new vocal version was on a bike to Radio 1 for it’s first play. The rest, as they say, is about to become history. Remixes come from Jerry Ropero, Nic Fanciulli, Breese & Bad Hand, The Drill & Andy Daniell.

In 1970 Elkie Brooks was persuaded by husband Pete Gage to join the jazz-fusion rock band Dada, and shared vocals with Paul Korda on their only album, called Dada, released by the Atlantic Records subsidiary label Atco. Her next step was to join Vinegar Joe.

Born in the year 1983 in Novi Sad, but in the year 2000 he moves to Belgrade, where he still lives and works. He started his career in hip hop music in the year '98-'99 with a group called Fantomz,but a year later he starts his own solo career. Dada appeared on several hip hop compilations and rap albums. He also collaborated with many known and unknown names in serbian hip hop as an MC, as well as a producer.