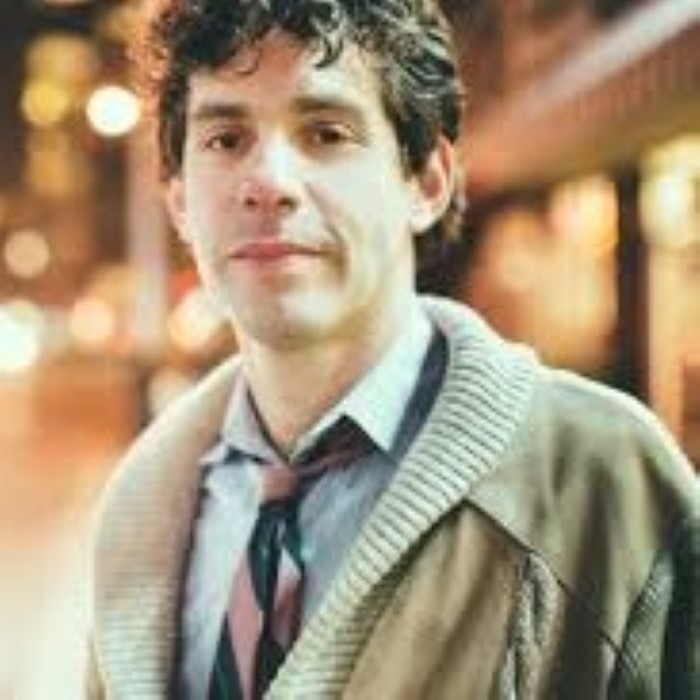 Julian Velard has released his second brilliant album 'Mr Saturday Night' in 2011 to overwhelming acclaim. The native New Yorker, turned London resident presents a masterpiece collection of perfect and unorthodox pop tunes and a voice that sounds like it came straight off the Dock of the Bay. Blending effortless cool, with a naturally charming motor mouth, he has created his own brand of classic 70's inspired piano pop.

A former Parisian street sweeper and nursery school gym teacher no less, Julian was plucked from relative obscurity for last year's debut 'The Planeteer' which was released after he was discovered on MySpace and found himself at the centre of a record company bidding war. Almost without warning, the album became a hit with critics and tastemakers, with The Sunday Times calling it "A tantalising prospect. Catchy but complicated; a surprisingly rare combination" and Time Out comparing him to Harry Nilsson and Tom Waits. In the interim between the two albums Julian busied himself penning songs for other emerging new artists, including Olly Murs (who's just had the biggest UK debut album this year).

When the time came to make the new record, Julian decided he wanted to try something completely different. 'Mr. Saturday Night' has all the hallmarks of a classic pop record, whilst turning the singer-songwriter stereotype on its head and swapping sincerity for sarcasm. Influenced by 70's Elton John and packed with the sort of brazenly brilliant tunes that could make Robbie Williams green with envy, it's classic piano pop with a Broadway makeover. All performed by the fictional bow-tie wearing character of Julian's own invention named - Mr Saturday Night, of course. Writing the album in London helped with inspiration drawn from British theatricality, light-heartedness and the sheer joy of straightforward pop music; it sounds like it was as enjoyable to make, as it is to listen to.

Julian ensures his live show is as much about him as a character, as it is about his music, "Banter is about 85% of my live show for better or worse," he smiles wryly. "I have disabled my internal filter! Every time a thought comes into my head on stage, I let it out."

It's definitely the songs that stand out above it all though on 'Mr. Saturday Night'. Beyond the bow-ties and the wry asides, beyond the lyrical twists and the clever story telling the album shows, it's Julian's songwriting at its very best, encompassing his influences, distinctive personality and overwhelming love of a good tune. Read more on Last.fm.