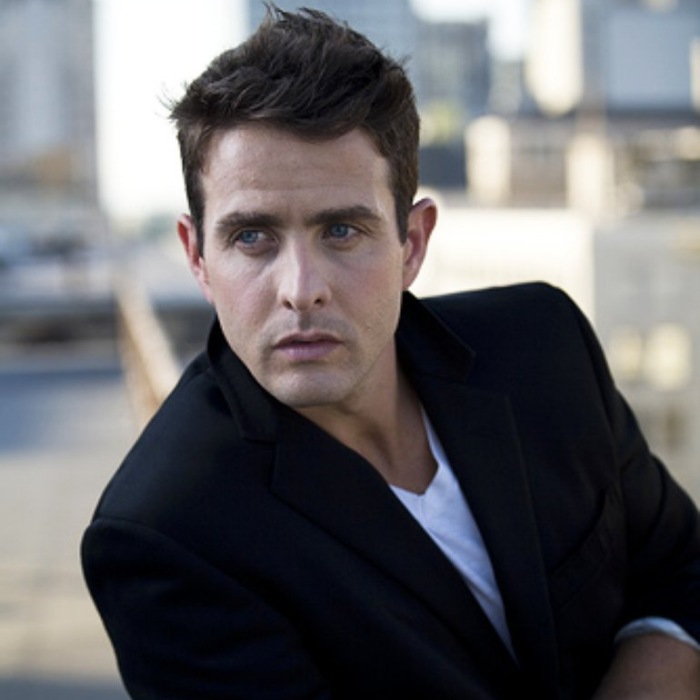 Joseph Mulrey McIntyre (born December 31, 1972) is an American singer-songwriter and actor. He is best known as the youngest member of the 80s pop group, New Kids on the Block. He has sold over 1 million records worldwide as a solo artist.

Early life
McIntyre was born in Needham, Massachusetts. His parents were Thomas McIntyre, a union official, and his wife Katherine (née Bowen) a community theater actress. His mother died on November 30, 2014, after a long battle with Alzheimer's. His father died on November 12, 2018. He is the youngest of nine children with older siblings, Judy, Alice, Susan, Tricia, Carol, Jean, Kate, and Tommy, in an Irish-American Catholic family. McIntyre graduated from Catholic Memorial School in West Roxbury, Massachusetts, an all-male Catholic private school. He shares the same birth date as his sister, Carol. Another sister, Judy, is an actress.

Artistic career
New Kids on the Block
In 1985, just before his 13th birthday, he joined New Kids on the Block, replacing Mark Wahlberg. Since the other four members of the band were already long-time school friends, he initially found it difficult to mesh with them. They eventually became one of the most successful boy bands of the late 20th century, producing two number one albums on the US Billboard charts. In 1991, Forbes listed the band as the highest-earning entertainers, beating Madonna and Michael Jackson. They split in 1994, but they reunited in 2007 and have remained active since.

Solo career
Following their split, McIntyre busied himself with songwriting and sought a solo recording contract. He made his acting debut in the film The Fantasticks, which was based on the long-running off-Broadway musical. This 1995 film, starring Joel Grey and Jean Louisa Kelly, was released in theatres five years later.

Disenchanted by his inability to find a recording contract, McIntyre used his own money to record his first solo album Stay the Same and sold it on his website. He then chose the album's title track as a single and took it to local Boston DJs, which eventually garnered the song national airplay. The combination of airplay and website sales for the single led to him signing a recording contract in 1999 with Sony Music USA, under the C2 label, a subsidiary of Columbia Records, which had previously been home to New Kids on the Block. The album was re-released on Sony's Work Records and sold more than a million copies around the world and the single "Stay The Same" peaked at #10 in the Billboard Hot 100 . The second single from the album was "I Love You Came Too Late".

Also in 1999, McIntyre recorded the song "Remember Me" for the film Southie, which starred former band mate Donnie Wahlberg. In 2001, McIntyre released his second solo album, Meet Joe Mac, but it did not chart. "Rain" was the only single released from this album.

In April 2008, the New Kids on the Block reunited. The single "Summertime" was released in May 2008. Their first full-length album in fourteen years was released on September 2, 2008, titled The Block. On September 18, 2008, they kicked off their reunion tour. In 2009, they began a 'Full Service' summer tour. They toured with Backstreet Boys in 2011.

On November 17, 2009, McIntyre released the single and video "Here We Go Again" from his upcoming EP of the same name. It was produced by Brent Paschke, Gabe Lopez, and Drew Ryan Scott. Paschke, Lopez and Scott also share cowriting with McIntyre on the project. The EP was released on iTunes in December 2009.

In November 2011, McIntyre released a Christmas album titled Please Come Home for Christmas. The album features a collaboration with fellow New Kid Jordan Knight on "Peace on Earth" and includes holiday classics such as "Winter Wonderland", "Do You Hear What I Hear?" and "The Christmas Song".

Acting
McIntyre played Jon in Jonathan Larson's Tick, Tick... BOOM! for both the off-Broadway (Fall 2001) and national tour (2003) versions of the play. In 2002, he appeared for a season on the television program Boston Public. The following year, he released the live acoustic album One Too Many with Emanuel Kiriakou.

In 2004, he starred in the film Tony n' Tina's Wedding alongside Mila Kunis and also played Fiyero, the leading male role in the Broadway musical Wicked for which he received rave reviews. He replaced Norbert Leo Butz on July 20, 2004 and remained with the show until January 9, 2005 where he was later replaced by David Ayers. He also competed on the first season of the reality television show Dancing with the Stars, winning third place with dance professional partner Ashly DelGrosso.

McIntyre appeared as Fonzie in Happy Days, a musical based on the hit TV show at the Falcon Theater in Los Angeles from February 15 to March 12, 2006 and a second run from June 23 to August 13, 2006. McIntyre appeared in the film On Broadway, which was filmed in his hometown of Boston.

In 2007, McIntyre appeared as Gary in Christmas At Cadillac Jacks. It played around Christmas of that year on The Hallmark Channel and other various Christian channels and recently became available on DVD.

On November 2, 2011, McIntyre guest starred on an episode of the detective comedy Psych. The title of the episode is "The Amazing Psych-Man & Tap Man, Issue #2" - Season 6x4

Other endeavours
In 2001, he hosted a season of MTV's Say What? Karaoke from Las Vegas, Nevada.

On April 15, 2013, McIntyre competed in the Boston Marathon, in which he ran to raise awareness of Alzheimer's in honor of his mother, who lost her battle with it on November 30, 2014. He finished with a time of 3 hours and 57 minutes just minutes before a bomb exploded and killed three and injured many more.

On October 24, 2017 McIntyre released the first episode of his podcast "The Move with Joey McIntyre", where he interviews guests about their most memorable moving experience and what was going on in their lives at the time.

Personal life
McIntyre married Barrett Williams, on August 9, 2003, exactly one year after they met. They welcomed their first child, Griffin Thomas, on November 20, 2007 in Los Angeles. On December 13, 2009, their second child, Rhys Edward, was born. Rhys was identified as having hearing loss while still an infant. On May 31, 2011, their third child, Kira Katherine, was born.