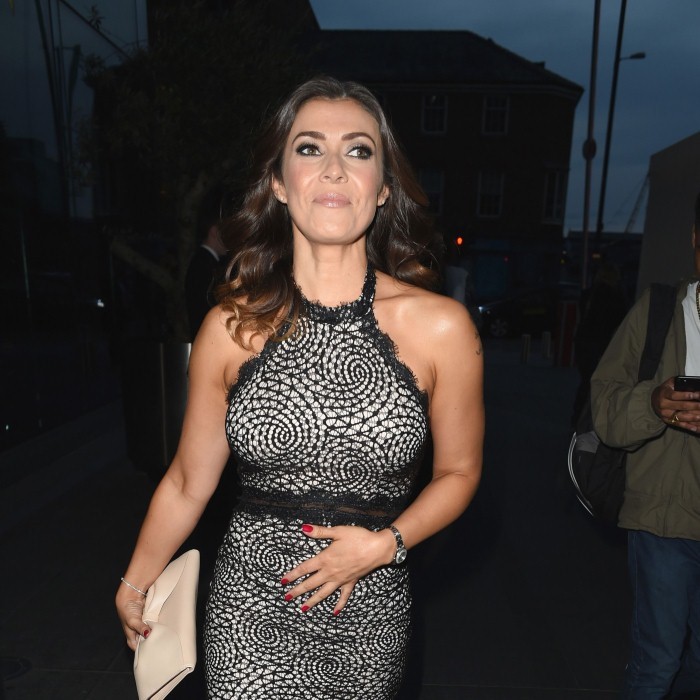 Kimberley Gail "Kym" Marsh (formerly Ryder and Lomas; born 13 June 1976) is an English actress and former singer-songwriter, who rose to fame in 2001 after winning a place in the band Hear'Say, as a result of appearing on the reality television series Popstars. Hear'Say enjoyed brief success, achieving two UK number one singles and a UK number one album, but Marsh left the band in 2002 to pursue a solo career. She released an album titled Standing Tall in 2003, which peaked at number nine in the UK and spawned two UK top ten singles.
Since 2006, she has portrayed Michelle Connor on the ITV soap opera Coronation Street. She was named Best Newcomer at the 2007 British Soap Awards and the 2007 National Television Awards, and received the award for Best Female Dramatic Performance at the 2017 British Soap Awards. In 2010, she finished fourth when she competed on Popstar to Operastar, a reality show featuring well-known pop stars being trained to sing opera.
Marsh provided session vocals for artists including Matt Darey, the group Freaky Realistic and the duo Hemstock & Jennings. She sang in Norwegian on the latter's track "Arctic", which caught the attention of Paul van Dyk, and was remixed and re-recorded with additional vocals from Jan Johnston. The track, renamed "Nothing But You", was released in the UK via Positiva and reached number 14 in the UK charts.
In late 2000, Marsh auditioned for the ITV talent show Popstars. She was one of the five singers chosen for the newly formed band Hear'Say, along with Danny Foster, Myleene Klass, Suzanne Shaw and Noel Sullivan. In March 2001, Hear'Say released their first single "Pure and Simple", a cover of a track by Girl Thing. The song went straight to number 1 on the UK Singles Chart in March 2001, selling just under 550,000 copies. The group then released their second single, "The Way to Your Love," in June 2001. The song became their second consecutive number 1 single. Shortly afterwards the group toured the UK.
In January 2002, Marsh announced that she was leaving Hear'Say. Auditions were held to find a replacement for her, but the group split up in October 2002.
After a while out of the spotlight Marsh signed a solo record deal with Island Records. Her first single, "Cry", went to number 2 in the UK Singles Chart and her second single, "Come on Over," made it to number 10.
In July 2003, Marsh released her debut solo album, Standing Tall, which peaked at number 9 in the UK. It contained three solo singles and twelve other tracks. However, her make-or-break third single, "Sentimental", stalled at number 35, and that resulted in her being dropped by her record label.
In early 2006, Marsh entered Making Your Mind Up, a show intended to pick a singer and a song for the UK entry in the Eurovision Song Contest. With a song, called "Whisper to Me", Marsh came fourth in the contest, which was won by Daz Sampson.