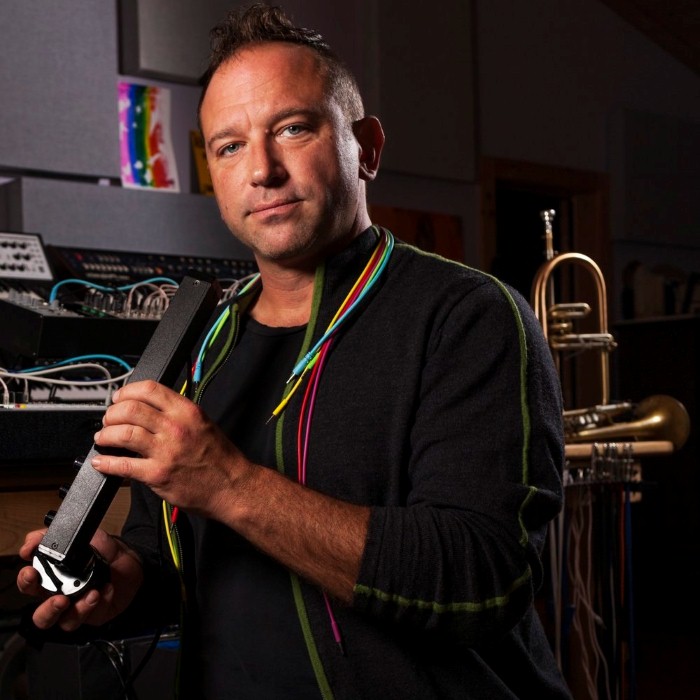 Taylor Haskins (born November 7, 1971 in New Hampshire) is an American musician (trumpet, keyboard, percussion, arrangement, composition) in the fields of jazz, film music and advertising.
Live and act :
Haskins first learned piano as a child and changed to the trumpet at the age of ten. Early role models were Miles Davis, Maynard Ferguson and Wynton Marsalis. He first studied at the University of New Hampshire to move to New York after graduating in 1995 and continue his studies at the Manhattan School of Music (inter alia, with Lew Soloff), where he earned his master's degree in 1996. In addition, he played in the bands of Maria Schneider and 15 years with Guillermo Klein's band Los Gauchos. In addition to his jazz activities, Haskins has since been producing commercial music for jingles, television and films such as Roger Avery's Killing Zoe (1993), Arlington Road (1999), Waking the Dead (2000), The Mothman Prophecies (2002) or Sorry, Haters (2005). He also worked with Clark Terry, Helen Merrill, Peter Herborn (Large One, 1997) and the Dave Holland Big Band (Overtime, 2005). In 2003 his debut album Wake Up Call was released on Fresh Sound Records. Since then, he has produced a series of albums featuring Guillermo Klein, Ben Monder, Ben Street and Jeff Hirshfield. Haskins lives and works in Brooklyn. In 2014 he collaborated with Tim Hagans and Brad Shepik at the Memorial Concert for Kenny Wheeler at the New York Jazz Gallery. 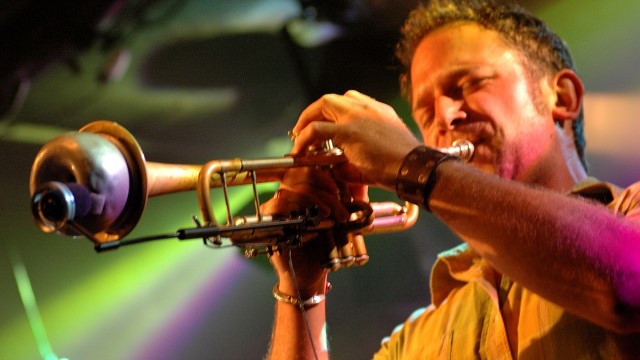