John Patitucci (born December 22, 1959) is an American jazz bassist and composer.
Biography :
John James Patitucci was born in Brooklyn, New York, on December 22, 1959. When he was 12 he bought his first bass and decided on his career. He listened to bass parts in R&B songs on the radio and on his grandfather's jazz records. He cites as influences Oscar Peterson's albums with Ray Brown and Wes Montgomery's with Ron Carter. For the development of rhythm, he points to the time he has spent with Danilo Pérez, a Grammy-winning pianist from Panama.
In the late 1970s he studied acoustic bass at San Francisco State University and Long Beach State University. He began his professional career when he moved to Los Angeles in 1980 and made connections with Henry Mancini, Dave Grusin, and Tom Scott. From the mid-1980s to the mid-1990s he was a member of three Chick Corea groups: the Elektric Band, the Akoustic Band, and the quartet. As a leader he formed a trio with Joey Calderazzo and Peter Erskine, and a quartet with Vinnie Colaiuta, Steve Tavaglione, and John Beasley. He has played with Herbie Hancock, Wayne Shorter, and Roy Haynes. Patitucci switches between acoustic and electric bass (double bass and bass guitar).
He was artistic director of the Bass Collective, a school for bassists in New York City, and he is involved with the Thelonious Monk Institute of Jazz and the Betty Carter Jazz Ahead program. He was Professor of Jazz Studies at City College of New York. In June 2012 he started the Online Jazz Bass School. He was appointed artist in residence at Berklee College of Music. 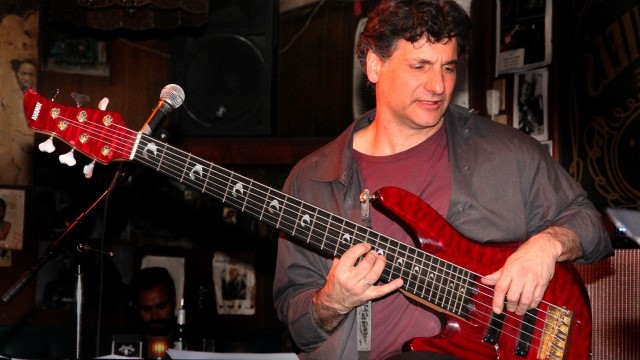