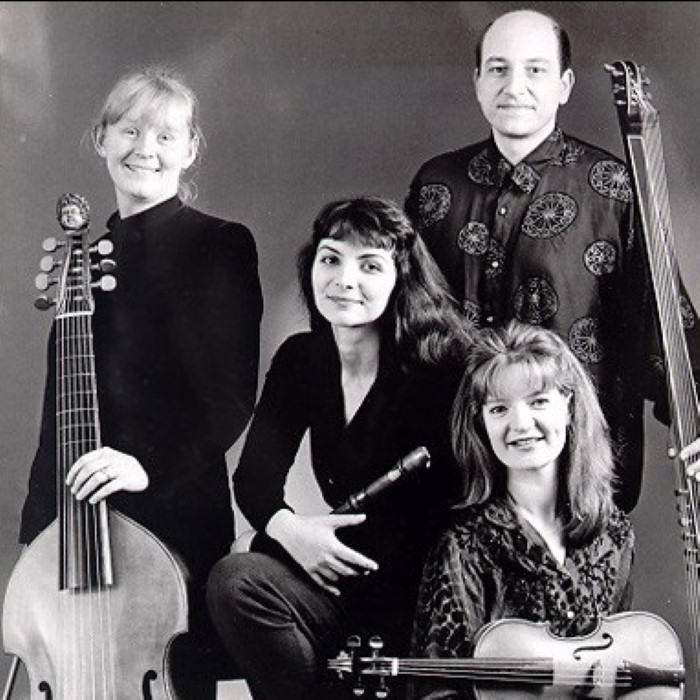 The London Collection: A Choice Collect (1995)

Palladians (formerly the Palladian Ensemble) is a quartet of the highest calibre, firmly established on the international music scene since 1991. They present baroque chamber music infused with style, uninhibited virtuosity and intelligent musicianship.
The original members of the Palladian Ensemble (Rachel Podger, Pamela Thorby, Joanna Levine and William Carter) met during their studies at the Guildhall School of Music and Drama (London) where they specialised in virtuoso chamber music of the baroque period. In 1991 they won the Early Music Centre International Young Artists' Competition, in 1992 they won the South East Arts Young Artists' Platform and by 1993 they had released their first album (An Excess of Pleasure) and made their Wigmore Hall debut.
Gamba player Susanne Heinrich replaced cellist Joanna Levine in 1995 and the Palladian Ensemble went on to tour extensively throughout the UK, South America, the US and Europe, enjoying consistent popularity with audiences and critics worldwide. They recorded six more albums on the way. By 2003 Rachel Podger decided to pursue a solo career and thus stepped in the prize-winning violinist Rodolfo Richter. The Ensemble made two more albums Les Elemens and Sonatas and Chorales - J.S. Bach.
The Palladian Ensemble's award-winning series of recordings for Linn Records have received unanimous praise. An Excess of Pleasure, A Choice Collection and Held by the Ears won the prestigious Diapason d'Or, with others winning Gramophone Magazine 'Editor's Choice' plaudits.
In 2007 Pamela Thorby left the Ensemble in order to pursue new performance opportunities. Nowadays, the Palladian Ensemble is known as "Palladians" allowing more artistic freedom for players to come and go as required, depending on the programme being performed.
In 2008 the Ensemble won a further two Diapason d'Or awards for "The London Collection: A Choice Collection / Held by the Ears" and "The Venice Collection: An Excess of Pleasure / The Winged Lion". The winning albums are part of four double albums re-issued as the Collector's Series in September 2008. These two new awards brings the Ensemble's total number of Diapason d'Or accolades to seven! 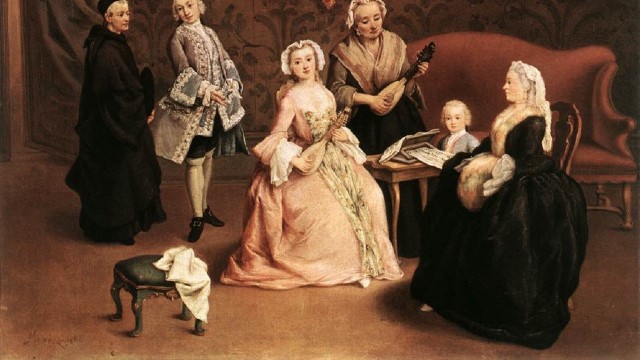