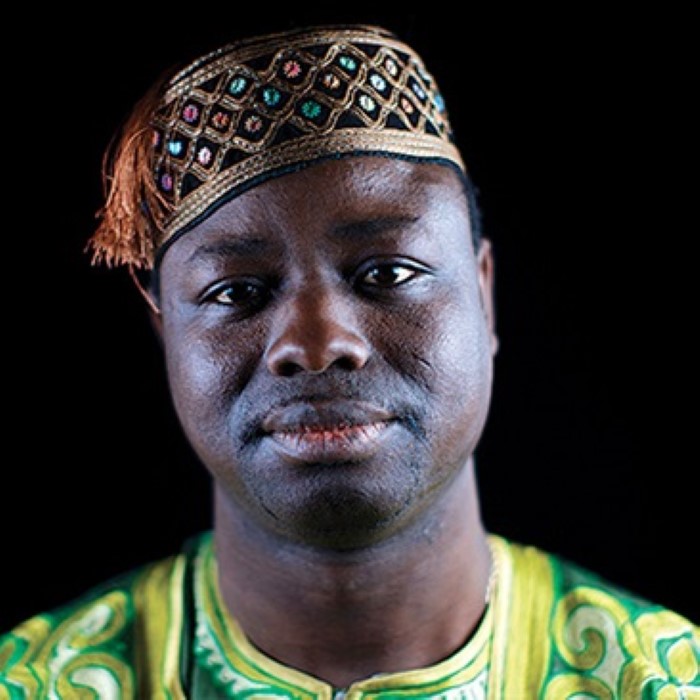 Juldeh Camara (born 1966, Basse, Gambia) is a griot, as well as a blues musician and an internationally followed recording artist who appeared on 21 albums. He is known for his instrumental virtuosity and for his collaborations with European, African and other artists. His instrument is an African stringed violin, known as Nyanyero in his native language Fula or Riti in the Wolof language.
He grew up in Casamance, West Africa, living with his blind father Serif. His father taught him how to play. There is a family or local tradition that his father had his sight taken by Djinn in exchange for learning the music of one, and that Djinn's sound can also be found in Juldeh's music.
Having grown up in the Gambia with a legendary ritti player, sheriff Camara, it was not until the age of five that Juldeh Camara began to watch his father play the nyanyeru, the ritti. It happened that the young Juldeh cried every time his father refused to give the ritti to play it. Like the father, Sheriff Camara continued his musical tours at Low sometimes with renowned politicians like former Gambian Vice President Assan Musa Camara, now Camara had begun to refine his fingers with the rhythm of the Nyanyeru.
In June 2014, after touring with the group since the end of 2012, Camara appeared as part of the Sensational Space Shifters with Robert Plant at the 2014 Glastonbury Festival. 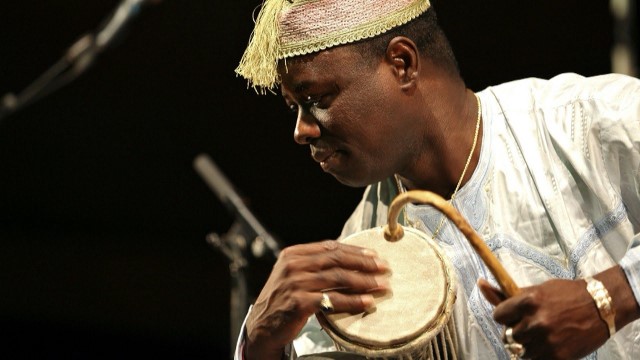