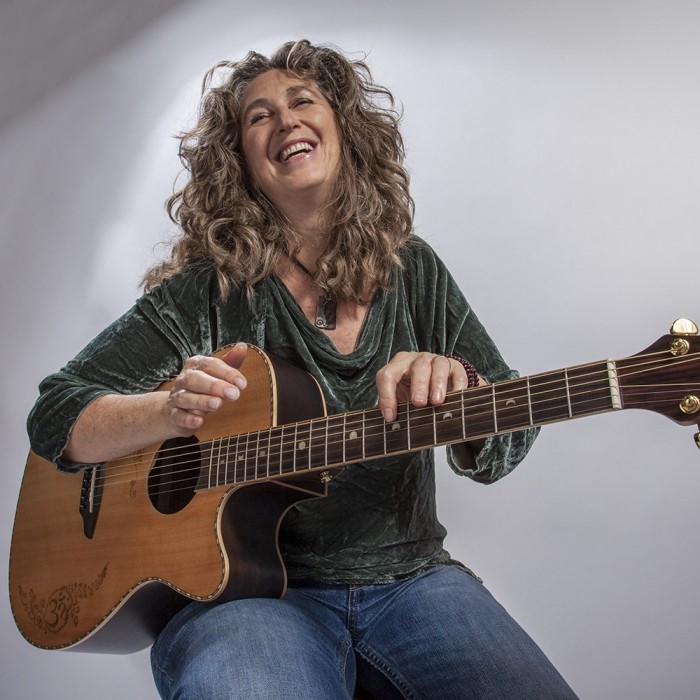 Vicki Genfan (born June 15, 1959) is an American singer and guitarist.

In 1994, she produced her first album, Native, on cassette, but it didn't sell in significant numbers. In 2001, she released a self-produced album, Outside the Box. During the same year, she won the Just Plain Folks Award for the song New Grass. In 2003, the German label Acoustic Music Records released Vicki Genfan Live, an album recorded at Open Strings Festival in Osnabrück, Germany. In 2004, she placed second at Mountain Stage New Song Festival in West Virginia with her song, Eleanor. In 2006, she released the double album Up Close & Personal.

She has given lectures and taught at workshops and guitar clinics.

Genfan labels her music "folk meets funk". It's a blend of jazz, funk, pop and world music in a contemporary folk context. She uses uncommon open tunings and what she calls a "slap-tap" technique.

Until May 2009 Genfan played a Gibson L-140, a Gibson LG and a Alvarez Silver Anniversary guitar. The Alvarez uses a TrueTone pickup in which two microphones and a L.R. Baggs LB6 pickup send signals to two outlets. Genfan plays a custom Luna guitar built by luthier Gray Burchette and equipped with a MiniFlex internal microphone system and an under-saddle RMC hex pickup.

She owns a Guild 12 string guitar, a Muse 12 string by Luna Guitars, and a Vega 6 string Deering banjo. She uses medium-gauge EXP D'Addario strings. Her engineer, Tay Hoyle, plays a main role in producing Genfan's albums and accompanies her on tour.